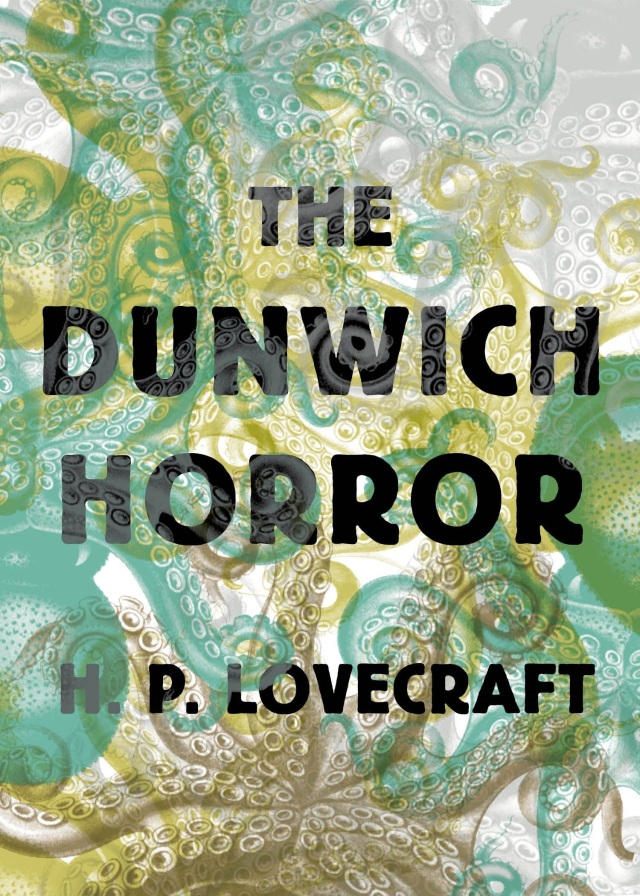 A classic tale of terror and grotesquerie by the original master of horror!

H. P. Lovecraft proclaimed his Dunwich Horror "so fiendish" that his editor at Weird Tales "may not dare to print it." The editor, fortunately, knew a good thing when he saw it. One of the core Cthulhu stories, "The Dunwich Horror" introduces us to the grim village of Dunwich, where each member of the Whateley family is more grotesque than the other. There's the grandfather, a mad old sorcerer; Lavinia, the deformed, albino woman; and Wilbur, a disgusting specimen who reaches full manhood in less than a decade. And above all, there's the mysterious presence in the farmhouse, unseen but horrifying, which seems to be growing . . . Wilbur tracks down an original edition of the Necronomicon and breaks into a library to steal it. But his reward eludes him: he gets caught, and the result is death by guard dog. Meanwhile, left unattended, the monster at the Whateley house keeps expanding, until the farmhouse explodes and the beast is unleashed to terrorize the poor, aggrieved village of Dunwich.

As chilling today as it was upon its publication in 1929, "The Dunwich Horror" is a horrifying masterwork by the man Stephen King called "the twentieth century's greatest practitioner of the classic horror tale."

"One of the twentieth century's most original writers." - Arthur C. Clarke

H. P. Lovecraft (1890-1937) was born in Providence, Rhode Island, where he lived most of his life. His relatively small corpus of fiction—three short novels and about sixty short stories—has exercised a wide influence on subsequent works of literary horror, and he is regarded as the leading twentieth-century American author of supernatural fiction.