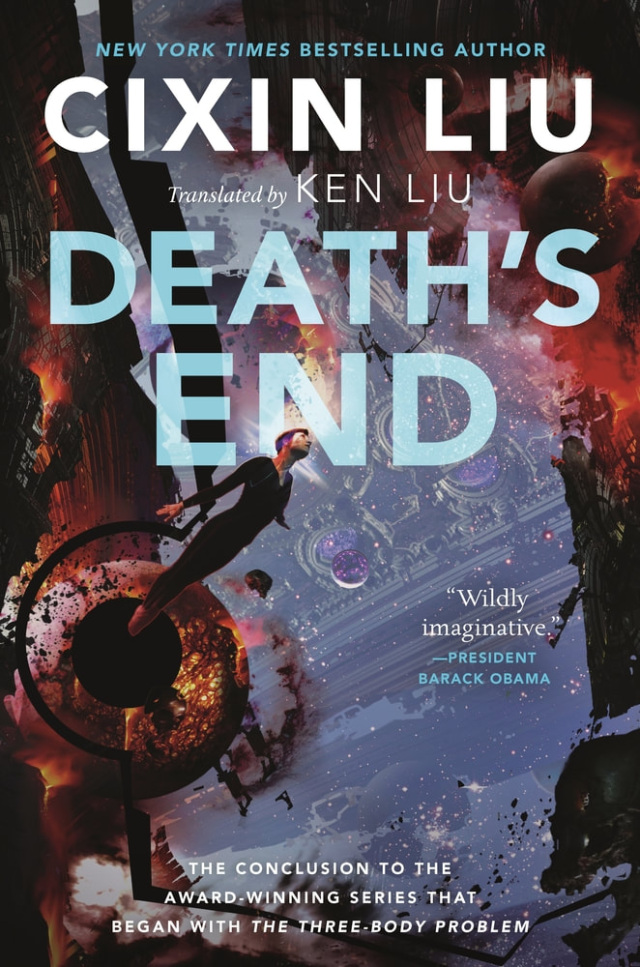 Death's End (Rememberance of Earth's Past #3)

The New York Times bestselling conclusion to a tour de force near-future adventure trilogy from China's bestselling and beloved science fiction writer. With The Three-Body Problem, English-speaking readers got their first chance to read China's most beloved science fiction author, Cixin Liu. The Three-Body Problem was released to great acclaim including coverage in The New York Times and The Wall Street Journal and reading list picks by Barack Obama and Mark Zuckerberg. It also won the Hugo and Nebula Awards, making it the first translated novel to win a major SF award. Now this epic trilogy concludes with Death's End.

Half a century after the Doomsday Battle, the uneasy balance of Dark Forest Deterrence keeps the Trisolaran invaders at bay. Earth enjoys unprecedented prosperity due to the infusion of Trisolaran knowledge. With human science advancing daily and the Trisolarans adopting Earth culture, it seems that the two civilizations will soon be able to co-exist peacefully as equals without the terrible threat of mutually assured annihilation. But the peace has also made humanity complacent. Cheng Xin, an aerospace engineer from the early twenty-first century, awakens from hibernation in this new age. She brings with her knowledge of a long-forgotten program dating from the beginning of the Trisolar Crisis, and her very presence may upset the delicate balance between two worlds. Will humanity reach for the stars or die in its cradle?

"A meditation on technology, progress, morality, extinction, and knowledge that doubles as a cosmos-in-the-balance thriller.... a testament to just how far [Liu's] own towering imagination has taken him: Far beyond the borders of his country, and forever into the canon of science fiction. - NPR, on Death's End

"The best kind of science fiction, familiar but strange all at the same time." -- Kim Stanley Robinson, on The Three Body Problem

CIXIN LIU is a prolific and popular science fiction writer in the People's Republic of China. Liu is a winner of the Hugo Award and a multiple winner of the Galaxy Award (the Chinese Hugo) and the Xing Yun Award (the Chinese Nebula). He lives with his family in Yangquan, Shanxi. JOEL MARTINSEN (translator) is research director for a media intelligence company. His translations have appeared in Words Without Borders, Chutzpah!, and Pathlight. He lives in Beijing.