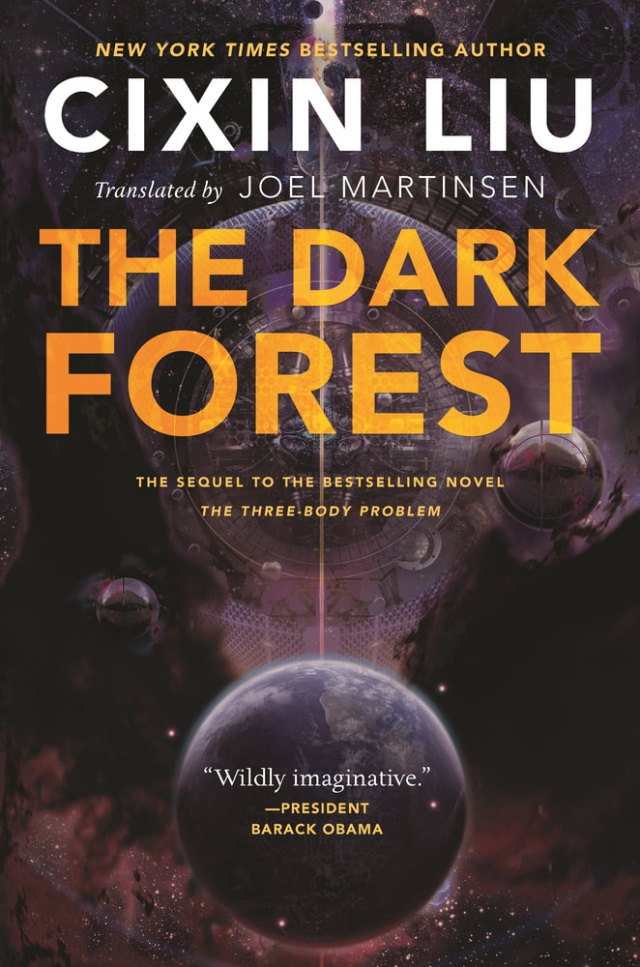 Dark Forest (Rememberance of Earth's Past #2)

This near-future trilogy is the first chance for English-speaking readers to experience this multiple-award-winning phenomenon from Cixin Liu, China's most beloved science fiction author. In The Dark Forest, Earth is reeling from the revelation of a coming alien invasion-in just four centuries' time. The aliens' human collaborators may have been defeated, but the presence of the sophons, the subatomic particles that allow Trisolaris instant access to all human information, means that Earth's defense plans are totally exposed to the enemy. Only the human mind remains a secret. This is the motivation for the Wallfacer Project, a daring plan that grants four men enormous resources to design secret strategies, hidden through deceit and misdirection from Earth and Trisolaris alike. Three of the Wallfacers are influential statesmen and scientists, but the fourth is a total unknown. Luo Ji, an unambitious Chinese astronomer and sociologist, is baffled by his new status. All he knows is that he's the one Wallfacer that Trisolaris wants dead.

"A meditation on technology, progress, morality, extinction, and knowledge that doubles as a cosmos-in-the-balance thriller.... a testament to just how far [Liu's] own towering imagination has taken him: Far beyond the borders of his country, and forever into the canon of science fiction. - NPR, on Death's End "The best kind of science fiction, familiar but strange all at the same time." -- Kim Stanley Robinson, on The Three Body Problem

CIXIN LIU is a prolific and popular science fiction writer in the People's Republic of China. Liu is a winner of the Hugo Award and a multiple winner of the Galaxy Award (the Chinese Hugo) and the Xing Yun Award (the Chinese Nebula). He lives with his family in Yangquan, Shanxi. JOEL MARTINSEN (translator) is research director for a media intelligence company. His translations have appeared in Words Without Borders, Chutzpah!, and Pathlight. He lives in Beijing.