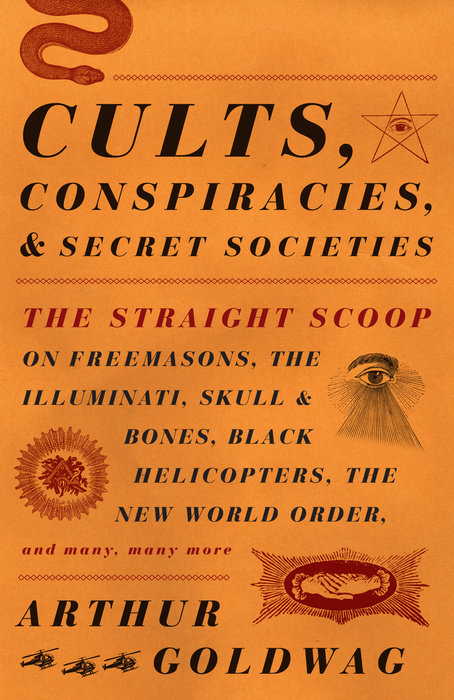 An indispensable guide, Cults, Conspiracies, and Secret Societies connects the dots and sets the record straight on a host of greedy gurus and murderous messiahs, crepuscular cabals and suspicious coincidences.

Some topics are familiar — the Kennedy assassinations, the Bilderberg Group, the Illuminati, the People's Temple and Heaven's Gate — and some surprising, like Oulipo, a select group of intellectuals who created wild formulas for creating literary masterpieces, and the Chauffeurs, an eighteenth-century society of French home invaders, who set fire to their victims' feet.

"The kind of reference manual that the Internet cannot supplant . . . Goldwag keeps the facts straight and gives the rumors -- no matter how lurid and entertaining -- about as much respect as they deserve." — The Washington Post

"Arthur Goldwag is a shrewd, fair minded, learned and entertaining tour guide through a world that‚s simultaneously funny and frightening. Not a page goes by without some ‚I-didn‚t-know-that!‚ nugget. Given what‚s going on this ever-more-paranoid society, a book like this becomes not only titillating but crucially important." — Steven Waldman, Editor-in-Chief and co-founder of Beliefnet.com

Arthur Goldwag is the author of Isms and Ologies and The New Hate. A freelance writer and editor for more than twenty years, he has worked at Book-of-the-Month Club, as well as at Random House and The New York Review of Books.