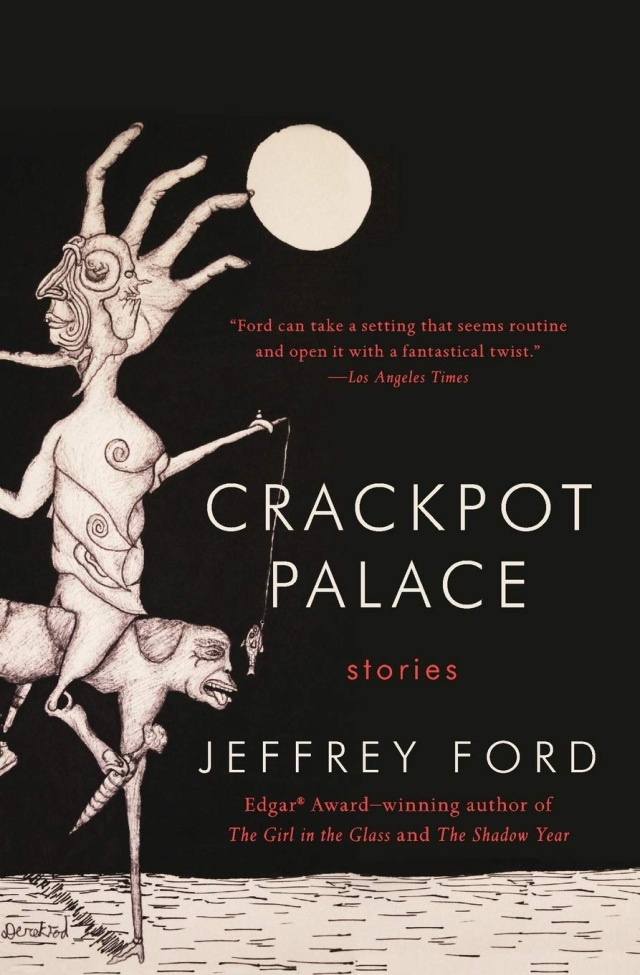 “Jeffrey Ford is one of the few writers who uses wonder instead of ink in his pen….A rare and wonderful talent.”

Eclectic is certainly an adjective that can be used to describe the work of the phenomenal Jeffrey Ford—along with imaginative, provocative, mesmerizing, and brilliant. His powerful dark fantasy, The Physiognomy, was a New York Times Notable Book of the Year; his novel, The Girl in the Glass, won the Edgar® Award, mystery and crime fiction’s most prestigious prize.

Crackpot Palace is Ford’s fourth superb collection of short fiction, and in it, his prodigious talent shines as brightly as ever. Here are twenty tales both strange and wonderful, filled with mad scientists, vampires, lost souls, and Native American secrets, from an author who has been glowingly compared to Kafka, Dante, and Caleb Carr (The Alienist).

From the unparalleled imagination of award-winning author Jeffrey Ford come twenty short stories (one, "The Wish Head," written expressly for this collection) that boldly redefine the world. Crackpot Palace is a sumptuous feast of the unexpected‚Äîan unforgettable journey that will carry readers to amazing places, though at times the locales may seem strangely familiar, almost like home. Whether he's tracking ghostly events on the border of New Jersey's mysterious Pine Barrens or following a well-equipped automaton general into battle, giving a welcome infusion of new blood to the hoary vampire trope or exposing the truth about what really went down on Dr. Moreau's Island of Lost Souls, Jeffrey Ford has opened a door into a dark and fantastic realm where dream and memory become one.

Author Jeffrey Ford is the author of the novels The Physiognomy, Memoranda, The Beyond, The Portrait of Mrs. Charbuque, the Edgar Award‚Äìwinning The Girl in the Glass, The Cosmology of the Wider World, The Shadow Year, and The Twilight Pariah, and his collections include The Fantasy Writer‚Äôs Assistant, The Empire of Ice Cream, The Drowned Life, Crackpot Palace, and A Natural History of Hell. He lives near Columbus, Ohio, and teaches writing at Ohio Wesleyan University.