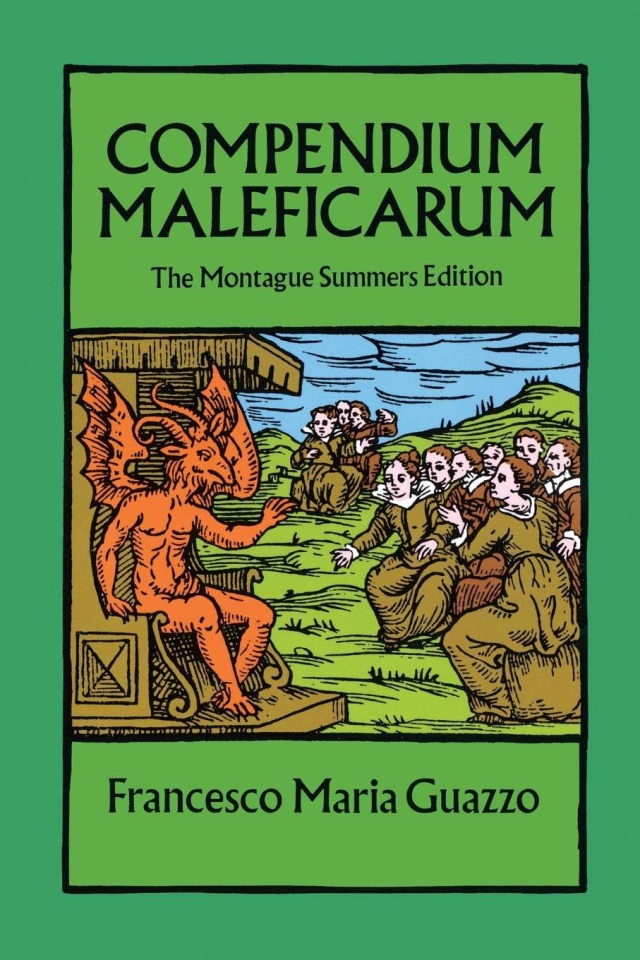 This extraordinary document, considered one of the most important manuals ever compiled on witchcraft, offers striking insight into the early seventeenth-century mind and society's attempts to cope with the evils it saw manifested in sorcery.

A collection of writings by the Ambrosian monk Francesco Maria Guazzo, the Compendium comprehensively and penetratingly describes the entire practice and profession of witchcraft. First published in 1608, the commentaries came at an appropriate time. Contemporary accounts noted that witchcraft and sorcery had "spread in all directions," leaving "no country, town, village, or district, no class of society" free from the practice. This probing work, by a distinguished writer and scholar who perceived the devil as an evil force seeking to destroy men's bodies and souls, was an attempt to help man live piously and devoutly, thus guarding against such seductions and manipulations.

Reproduced from a rare limited edition published in 1929 and supplemented with many erudite editorial notes by the Rev. Montague Summers, the Compendium Maleficarum includes profoundly serious discussions of witches' pacts with the devil, finely detailed descriptions of witches' powers, poisons, and crimes; sleep-inducing spells and methods for removing them, apparitions of demons and specters, diseases caused by demons, and other topics. Also examined in detail are witches' alleged powers to transport themselves from place to place, create living things, make beasts talk and the dead reappear; witches' use of religion to heal the sick, laws observed by witches to cause and cure illness, differences between demoniacs and the bewitched, and other subjects from the realm of the supernatural. Here is an encyclopedic tract of incalculable worth to the historians and student of the occult and anyone intrigued by necromantic lore, sabbats, sorceries, and trafficking with demons.