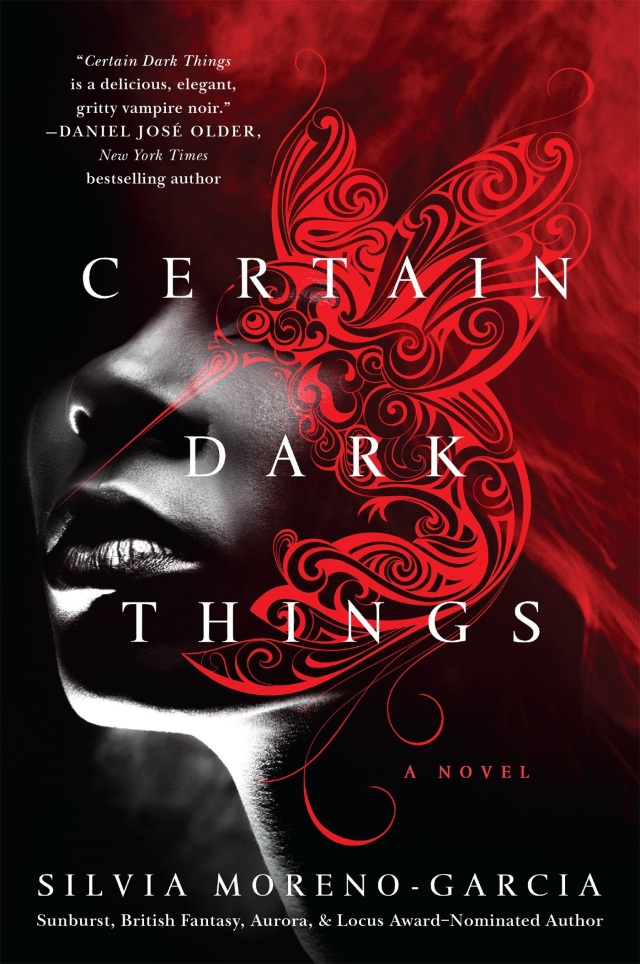 Welcome to Mexico City…An Oasis In A Sea Of Vampires…

Domingo, a lonely garbage-collecting street kid, is busy eking out a living when a jaded vampire on the run swoops into his life. Atl, the descendant of Aztec blood drinkers, must feast on the young to survive and Domingo looks especially tasty. Smart, beautiful, and dangerous, Atl needs to escape to South America, far from the rival narco-vampire clan pursuing her. Domingo is smitten. Her plan doesn’t include developing any real attachment to Domingo. Hell, the only living creature she loves is her trusty Doberman. Little by little, Atl finds herself warming up to the scrappy young man and his effervescent charm. And then there’s Ana, a cop who suddenly finds herself following a trail of corpses and winds up smack in the middle of vampire gang rivalries.

Vampires, humans, cops, and gangsters collide in the dark streets of Mexico City. Do Atl and Domingo even stand a chance of making it out alive?

“It’s the first time I’ve read a vampire novel that’s made me feel like I’m reading something new, something fresh, and I love how in parts it’s gritty and nasty and dark.” ―Curioser and Curioser

"Certain Dark Things is a delicious, elegant, gritty vampire noir. Moreno-Garcia has created a world that pulses with life and terror and honesty." ―Daniel José Older, New York Times bestselling author of Shadowshaper and of the Bone Street Rumba series

“With its vibrant prose and stellar world building, Certain Dark Things is one of the best books I’ve read in years.” ―V. E. Schwab, author of the New York Times bestselling Shades of Magic series

"If The Girl with the Dragon Tattoo met (and devoured) Interview with the Vampire to the twined rhythms of Octavio Paz, Bram Stoker, and Ozomatli, you might come close to the layers and textures of Certain Dark Things. Set in a beautifully and heartbreakingly rendered Mexico caught up in Narco-Vampire wars, Silvia Moreno-Garcia's novel lets us fall in love with many perspectives before she breaks our hearts and puts us back together again. I cannot wait for the movie." ―Fran Wilde, Andre Norton Award-winning author of Updraft

SILVIA MORENO-GARCIA is the critically acclaimed author of the novels Signal to Noise - winner of a Copper Cylinder Award, finalist of the British Fantasy, Locus, Sunburst, and Aurora awards - and Certain Dark Things, which was selected as one of NPR's best books of 2016. She won a World Fantasy Award for her work as an editor and lives in Canada.