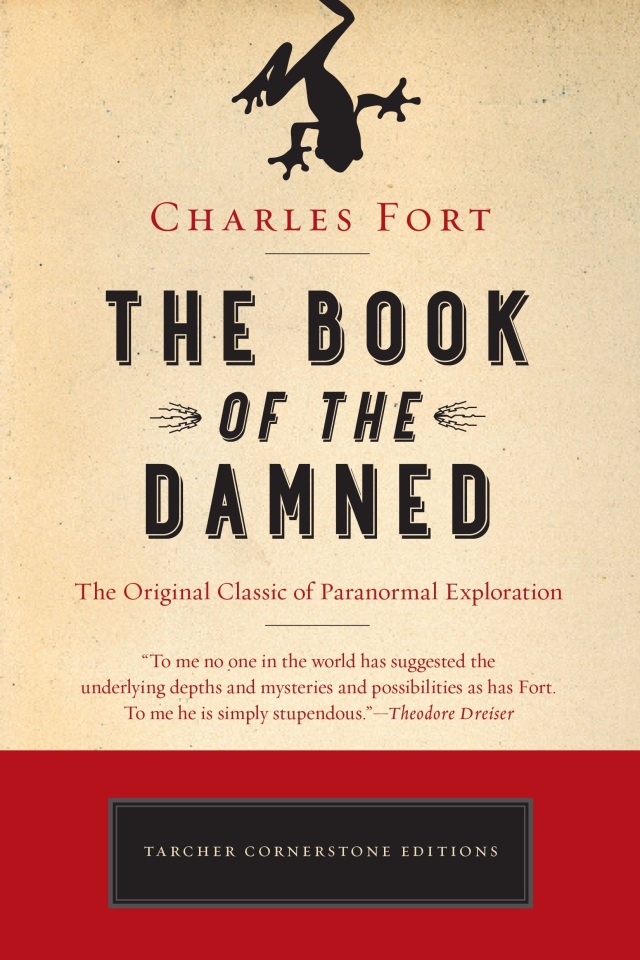 The Book of the Damned: The Original Classic of Paranormal Exploration

The signature edition of Charles Fort's classic of paranormal discovery—reset with a new index. Welcome to a record of the damned. "By damned," wrote Charles Fort in 1919, "I mean the excluded. We shall have a procession of the data that Science has excluded." Fort's record of the unknown was one of the first to expose us to visitors from space, monsters, poltergeists, and floating islands. Frogs fall from the sky. Mysterious airships take flight in an age before the airplane. People disappear, reappear, and spontaneously combust. This stand-alone, handsome edition exposes today's readers to the core work of Fort's extraordinary career--in which he pushed us to ask: What is out there?

"To me no one in the world has suggested the underlying depths and mysteries and possibilities as has Fort. To me he is simply stupendous." -- Theodore Dreiser "The enfant terrible of science." -- The New York Times

"The Book of the Damned whispered that there was something very wrong with how we thought about the world. Fort deliberately pushed his 'damned facts' on his readers, insisting that science had constructed its convenient theories only by ignoring those facts that gave us trouble." -- Jim Steinmeyer, author Charles Fort: The Man Who Invented the Supernatural

Born in Albany, New York, on August 6, 1874, CHARLES FORT made his life's work the study of unexplained phenomena. After achieving modest success as a short story writer and novelist, Fort began studying anomalous phenomena. In 1919 he published his landmark of paranormal exploration, The Book of the Damned, which influenced generations of writers. Fort moved to London in 1924 to consult the archives at the British Museum, then returned to the United States in 1926. At the New York Public Library he continued his research into spontaneous combustion, space ships, poltergeists, and other experiences and events that had been written off by science. Fort published three additional books on the unexplained: New Lands (1923), Lo! (1931), and Wild Talents (1932). Though his work attracted controversy, Fort was celebrated in The New York Times as "the enfant terrible of science" and he counted novelist Theodore Dreiser among his closest friends and literary admirers. Fort's name was made into an adjective-- fortean--to describe strange phenomena. A lasting influence on the evolution of science fiction as well as science, Fort stands as one of the most fascinating and polarizing figures in all of Americana. He died on May 3, 1932, in New York City.