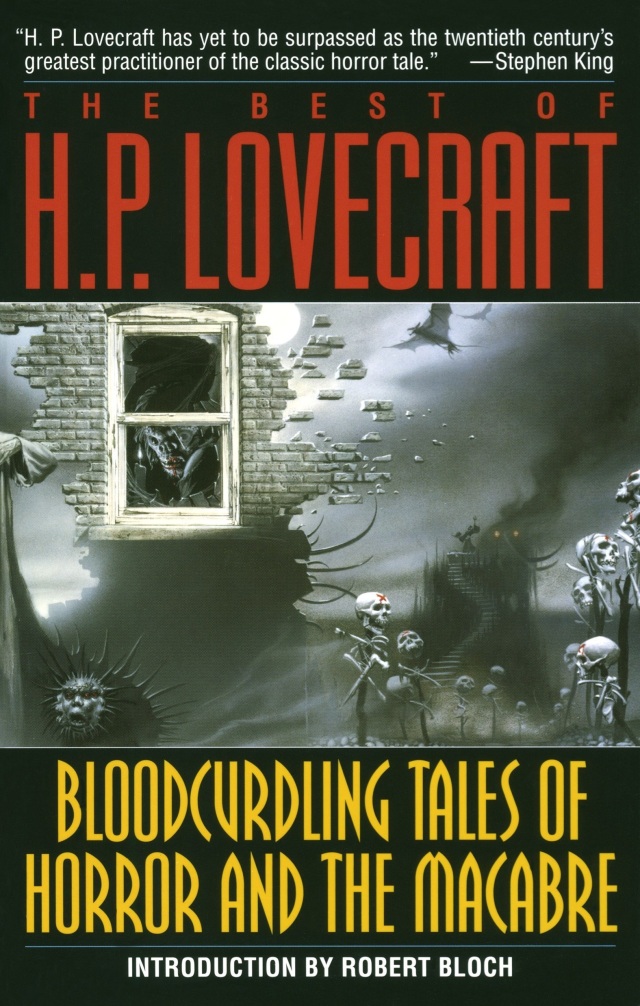 Bloodcurdling Tales of Horror and the Macabre: The Best of H. P. Lovecraft

“H.P. Lovecraft has yet to be surpassed as the twentieth century’s greatest practitioner of the classic horror tale.”—Stephen King

This is the collection that true fans of horror fiction must have: sixteen of H.P. Lovecraft’s most horrifying visions, including:

The Call of Cthulu: The first story in the infamous Cthulhu mythos—a creature spawned in the stars brings a menace of unimaginable evil to threaten all mankind.

The Dunwich Horror: An evil man’s desire to perform an unspeakable ritual leads him in search of the fabled text of The Necronomicon.

The Colour Out of Space: A horror from the skies—far worse than any nuclear fallout—transforms a man into a monster.

The Shadow Over Innsmouth: Rising from the depths of the sea, an unspeakable horror engulfs a quiet New England town.

Del Rey has reprinted Lovecraft's stories in three handsome paperbacks. This first volume collects 16 classic tales, including "The Rats in the Walls," "The Call of Cthulhu," "The Dunwich Horror," and "The Colour Out of Space." Introduction by Robert Bloch. Wraparound cover art by Michael Whelan.

Almost completely ignored by the mainstream press during his lifetime, H. P. Lovecraft¨‚has since come to be recognized as one of the greatest writers of classic horror, on a par with Edgar Allan Poe, Lovecraft's mentor. H. P. Lovecraft's work has been translated into more than a dozen languages, his tales adapted for film, television, and comic books, and he has been the subject of more scholarly study than any other writer of horror fiction save Poe.