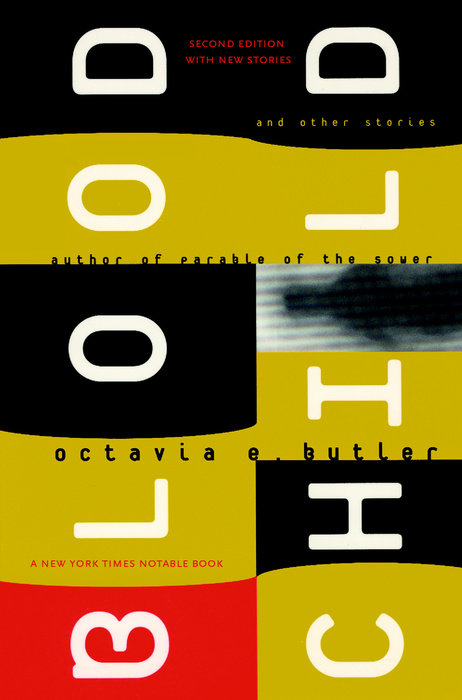 Blood Child and Other Stories

A perfect introduction for new readers and a must-have for avid fans, this New York Times Notable Book includes "Bloodchild," winner of both the Hugo and the Nebula awards and "Speech Sounds," winner of the Hugo Award.

Appearing in print for the first time, "Amnesty" is a story of a woman named Noah who works to negotiate the tense and co-dependent relationship between humans and a species of invaders. Also new to this collection is "The Book of Martha" which asks: What would you do if God granted you the ability‚and responsibility‚to save humanity from itself? Like all of Octavia Butler's best writing, these works of the imagination are parables of the contemporary world. She proves constant in her vigil, an unblinking pessimist hoping to be proven wrong, and one of contemporary literature's strongest voices.

"The title story is justly famous—splendid pieces, set forth in calm, lucid prose with never a word wasted." - Kirkus Reviews

"Butler graces new mansions of thought with her eloquent, distinguished, and poignant prose. Although this book is little in size, its ideas and aims are splendidly large." - Booklist

A writer who darkly imagined the future we have destined for ourselves in book after book, and also one who has shown us the way toward improving on that dismal fate, OCTAVIA E. BUTLER (1947 - 2006) is recognized as among the bravest and smartest of contemporary fiction writers. A 1995 MacArthur Award winner, Butler transcended the science fiction category even as she was awarded that community's top prizes, the Nebula and Hugo Awards. She reached readers of all ages, all races, and all religious and sexual persuasions. For years the only African-American woman writing science fiction,Butler has encouraged many others to follow in her path.