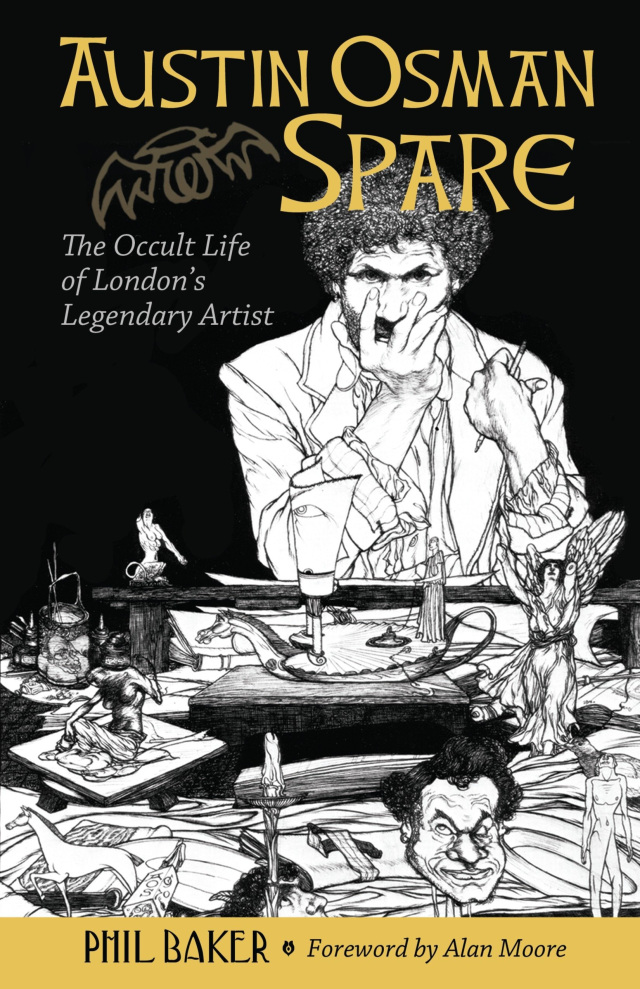 Austin Osman Spare is the definitive biography of the controversial occultist and artist, an enfant terrible of the Edwardian art world whose work was both hailed as genius and decried as immoral decadence. As George Bernard Shaw reportedly said, "Spare's medicine is too strong for the average man."

Trained as a draughtsman, Spare enjoyed early acclaim when, at the age of seventeen, his work was shown at the Royal Academy in London. But his star soon declined; Spare went underground, falling out of the gallery system to live in poverty and obscurity. After a brief association with Aleister Crowley, he became absorbed in occultism and sorcery, voyaging into inner dimensions, while developing his own magical philosophy of pleasure, obsession, and the subjective nature of reality. All the while, Spare continued to produce extraordinary art, and held his exhibitions outside of the conventional art world, in London pubs.

Today Spare is both forgotten and famous, a cult figure whose modest life has been much mythologised since his death; the world's largest Spare collection is held by Jimmy Page of Led Zeppelin. Biographer Phil Baker separates fact from myth, providing wide-ranging insights into Spare's art and mind, reconnecting him with the art community that ignored him and exploring the rich tapestry of the culture that surrounded him, interweaving the birth of psychoanalysis, the historiography of the occult, and the British class system. This richly readable and illuminating biography, containing 50 black and white and 8 color photographs of Spare's art, takes us deep into the strange inner world of this enigmatic artist.

From the foreword: "Phil Baker has established himself as among the very best contemporary biographers... What Baker has¨‚accomplished here is little short of marvellous." -Alan Moore, author of Watchmen, V for Vendetta, and From Hell

"Written with zest and insight .... Ever determined to break down the barriers between reality and fantasy, Spare has finally achieved it--not by elaborate psychic exercises, but through biography." -The Times Literary Supplement

"Baker has a fine store of anecdotes...What emerges is a portrait of a marginal figure forever ahead of the curve: Spare's cited as the precursor of surrealism, pop art and even psychoanalysis." -The Guardian

"Baker is a wonderful writer, careful, intelligent, and dry. He also knows his London, and the Spare that emerges in his portrayal is very much an avatar of that unique and ancient town." -Erik Davis, author of Techgnosis and Nomad Codes

"The time is over-ripe for a proper biography of this curious figure, and it is a pleasure to report that Phil Baker's study is a first-rate performance, scrupulously researched, judicious, and refreshingly sane .... By the end of this admirable book, Spare comes to seem a strangely attractive figure: talented, stoical, randy, cantankerous, gentle, and a magnificent English eccentric." -The Literary Review

"I cannot recommend Austin Osman Spare too highly. Phil Baker has done a wonderful job of bringing the complexities and contradictions of Spare's life to the fore, and in making the London of Spare's time come to life vividly and richly." -Phil Hine, author of Condensed Chaos

Author PHIL BAKER is a London-based writer who has written books on absinthe, occult novelist Dennis Wheatley, Samuel Beckett, and William Burroughs, with two more books in preparation on London and opium. He also writes for several newspapers, including the Sunday Times and the Times Literary Supplement.