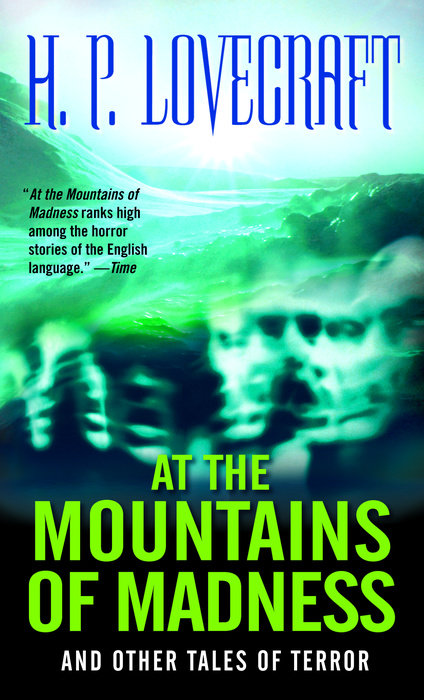 At the Mountains of Madness

Few writers can evoke such nightmarish visions as H. P. Lovecraft—and few of his stories are as chilling as these canonical tales of terror.

“H. P. Lovecraft has yet to be surpassed as the twentieth century’s greatest practitioner of the classic horror tale.”—Stephen King

At the Mountains of Madness: Lovecraft’s indisputable masterpiece. In the barren, windswept Antarctic, an expedition uncovers strange fossils . . . and mind-blasting terror.

The Shunned House: Two men investigate the mystery of a sinister old house: the scene of unexplained deaths and weird apparitions.

The Dreams in the Witch-House: In the crooked bedroom of an ancient abode, a mathematician’s feverish studies lead him to a dark discovery.

These milestones of the macabre will compel you to read on, even as you attempt to flee the waking nightmares they inspire. At the Mountains of Madness and Other Tales of Terror is a master class in supernatural terror.

Almost completely ignored by the mainstream press during his lifetime, H. P. Lovecraft has since come to be recognized as one of the greatest writers of classic horror, on a par with Edgar Allan Poe, Lovecraft’s mentor. H. P. Lovecraft’s work has been translated into more than a dozen languages, his tales adapted for film, television, and comic books, and he has been the subject of more scholarly study than any other writer of horror fiction save Poe.