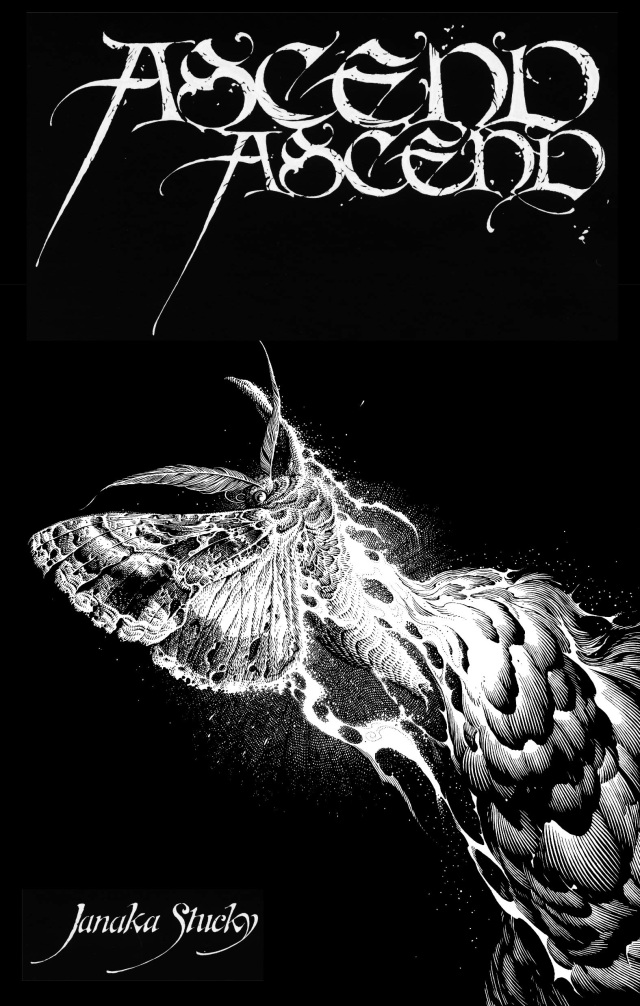 Ascend Ascend was written over the course of twenty days, coming in and out of trance states brought on by intermittent fasting and somatic rituals while secluded in the tower of a 100-year-old church. It is rooted in the jewish mystical tradition of merkabah literature, chronicling an ascent up the kabbalistic sefirot to witness the ‚chariot of god.‚ While traditional merkabah prose trends dry‚focused on preparations for the journey while demurring to describe the experience itself‚Ascend Ascend uses poetry to touch the ineffable. Equal parts Walt Whitman and Maggot Brain, this long poem documents the ecstatic destruction of the self.

“Stucky’s verse has the power of the best East European poets―some of his poems seem to be perfect, magnificent, and instantly anthologizable. He is a forceful, cogent, incisive phrase-maker.” ―Bill Knott, author of I Am Flying into Myself: Selected Poems, 1960-2014

“He pulls from Eastern religious texts, mysticism, and the occult, and casts dirty, hallucinatory images onto graceful lines” ―Kenyon Review

Janaka Stucky is a mystic poet, performer, and founding editor of the award-winning press, Black Ocean. In 2015 Jack White’s Third Man Records launched a new publishing imprint, Third Man Books, and chose Janaka’s full-length poetry collection, "The Truth Is We Are Perfect," as their inaugural title. Other books include "Your Name Is The Only Freedom," and "The World Will Deny It For You." He has performed in over 60 cities around the world and his poems have appeared in such journals as Denver Quarterly, Fence and North American Review, and his articles have been published by The Huffington Post and The Poetry Foundation. He is also a two-time National Haiku Champion.