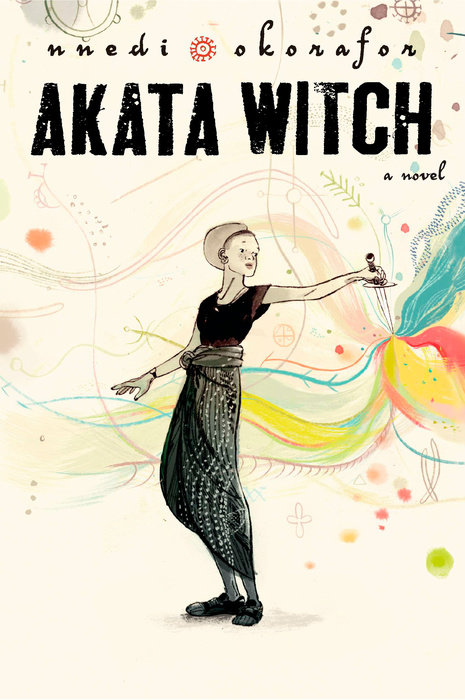 "Nnedi Okorafor writes glorious futures and fabulous fantasies. Her characters take your heart and squeeze it; her worlds open your mind to new things." -- Neil Gaiman, author of The Graveyard Book and American Gods

Affectionately dubbed "the Nigerian Harry Potter," Akata Witch weaves together a heart-pounding tale of magic, mystery, and finding one's place in the world. Perfect for fans of Children of Blood and Bone!

Sunny Nwazue lives in Nigeria, but she was born in New York City. Her features are West African, but she's albino. She's a terrific athlete, but can't go out into the sun to play soccer. There seems to be no place where she fits in. And then she discovers something amazing—she is a "free agent" with latent magical power. And she has a lot of catching up to do.

Soon she's part of a quartet of magic students, studying the visible and invisible, learning to change reality. But as she’s finding her footing, Sunny and her friends are asked by the magical authorities to help track down a career criminal who knows magic, too. Will their training be enough to help them combat a threat whose powers greatly outnumber theirs?

World Fantasy Award-winning author Nnedi Okorafor blends magic and adventure to create a lush world. Her writing has been called “stunning” by The New York Times and her fans include Neil Gaiman, Rick Riordan, John Green, Ursula K. Le Guin, and many more!

"There’s more imagination on a page of Nnedi Okorafor’s work than in whole volumes of ordinary fantasy epics." —Ursula K. Le Guin, award-winning author of A Wizard of Earthsea

"I always loved science fiction, but I didn’t feel I was part of it—until I read first Octavia Butler, and now Nnedi Okorafor." —Whoopi Goldberg

Author Nnedi Okorafor is a novelist of African-based science fiction, fantasy, and magical realism for both children and adults. Born in the United States to Nigerian immigrant parents, Nnedi is known for weaving African culture into creative evocative settings and memorable characters. Nnedi has received the World Fantasy Award, the Hugo Award, and the Nebula Award, among others, for her novels. She holds a PhD in English and is a professor at SUNY Buffalo. She divides her time between Buffalo and the suburbs of Chicago, where she lives with her daughter.