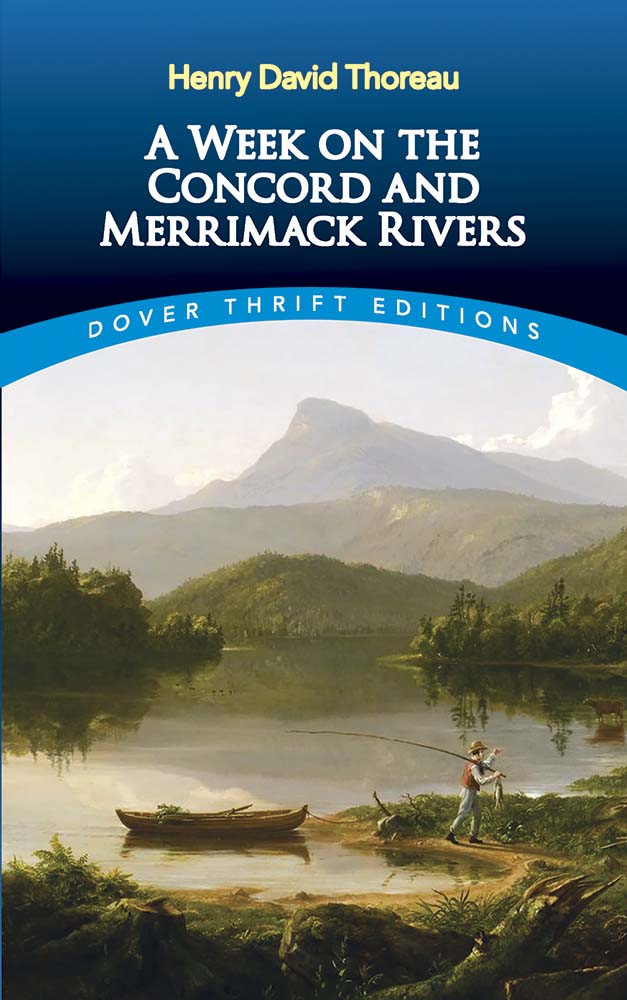 A Week on the Concord and Merrimack Rivers

Based on an 1839 boat trip Thoreau took with his brother from Concord, Massachusetts, to Concord, New Hampshire, and back, this classic of American literature is not only a vivid narrative of that journey, it is also a collection of thought-provoking observations on such diverse topics as poetry, literature, and philosophy, Native American and Puritan histories of New England, friendship, sacred Eastern writings, traditional Christianity, and much more.

Written, like Walden, while Thoreau lived at Walden Pond, and published in 1849, A Week (his first book) shares many themes with Walden, published in 1854. Both dramatize the process of self-renewal in nature and resolutely rail against the official culture and politics of the "trivial Nineteenth Century." Blending keen observation with a wealth of perceptive and informed reflections, Thoreau develops a continuous and lyrical dialogue between the past and present, as particular scenes on shore trigger reflections on the region's history and legends.

Originally conceived as a travel book, A Week eventually became much more — one of the most intellectually ambitious works of 19th-century America, and a requiem for Thoreau's brother John, who died from a sudden illness in 1842.

Of Thoreau and this work, Ralph Waldo Emerson said, "H. D. Thoreau is a great man in Concord, a man of original genius and character. I think it is a book of wonderful merit, which is to go far and last long."