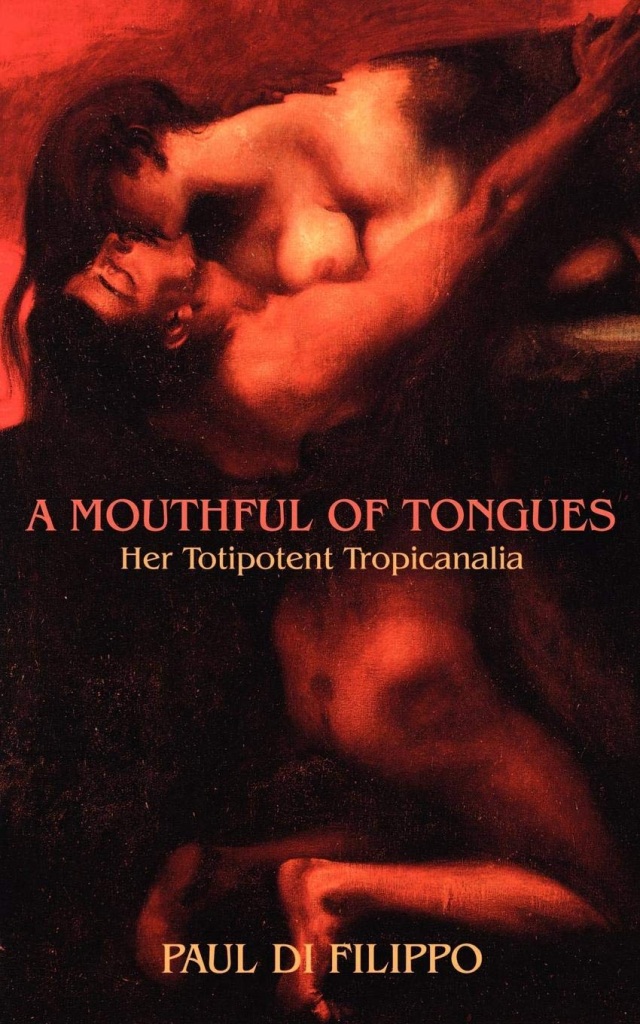 A Mouthful of Tongues: Her Totipotent Tropicanalia

In his new novel, A Mouthful of Tongues, Paul Di Filippo, cult author of Ciphers, The Steampunk Trilogy, and Ribofunk, makes his boldest fictional statement yet. Writing in the tradition of Kathy Acker and Samuel R. Delany, but with a subversive brio all his own, Di Filippo here imagines a true erotic revolution, a crusade of the libido that will topple a corrupt and jaded future world order, and possibly much besides . . . Kerry Hackett is just another corporate pawn in the urban cauldron of 2015, besieged on all sides by those who would possess and exploit her. Driven to desperation, she undergoes a mysterious transformation into an alchemical goddess, wanderer of the timelines. In a magnificently evoked parallel Brazil, a place of seedy splendor and charismatic lusts, Kerry, or that which she has become, tests her carnal arsenal on targets deserving and undeserving; but the attention of a more powerful agency has been attracted, and a yet stranger metamorphosis awaits.

A tale of heartbreak, revenge, and liberation, written in Paul Di Filippo's most fantastically effervescent prose, A Mouthful of Tongues is a work of science fiction which crosses boundaries and breaks taboos with brilliant savage abandon. It can only add to its author's rapidly growing following, and will shake the world of speculative fiction to its very foundations.

"Out of a rich impasto of language, a story that is sensual, sexual, and hot takes shape around one of the most engaging heroines since Southern and Hoffenberg's Candy." --Samuel R. Delany "Sacred sin, that's Di Filippo's force here. We have participated in a transpersonal act that lifts our consciousness above the situational polarities of morality and into the psyche's unknown, where objective energetic processes fuse dream and matter--and make us us. A ruthless fantasy of aggressive sexuality and archaic intentions." --A. A. Attanasio