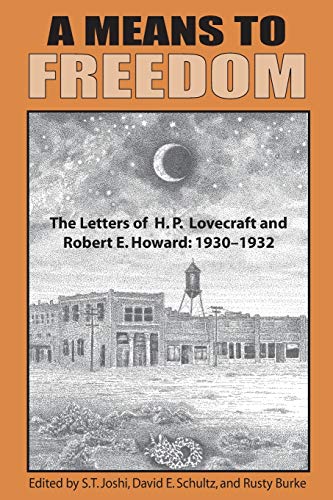 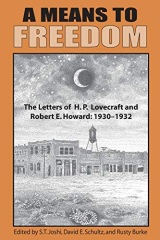 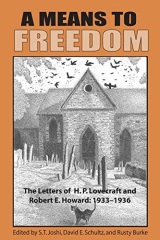 A Means to Freedom: The Letters of H. P. Lovecraft and Robert E. Howard (2-volume set)

H. P. Lovecraft and Robert E. Howard are two of the titans of weird fiction of their era. Dominating the pages of Weird Tales in the 1920s and 1930s, they have gained worldwide followings for their compelling writings and also for the very different lives they led. The two writers came in touch in 1930, when Howard wrote to Lovecraft via Weird Tales. A rich and vibrant correspondence immediately ensued. Both writers were fascinated with the past, especially the history of Roman and Celtic Britain, and their letters are full of intriguing discussions of contemporary theories on this subject. Gradually, a new discussion came to the fore-a complex dispute over the respective virtues of barbarism and civilization, the frontier and settled life, and the physical and the mental. Lovecraft, a scion of centuries-old New England, and Howard, a product of recently settled Texas, were diametrically opposed on these and other issues, and each writes compellingly of his beliefs, attitudes, and theories. The result is a dramatic debate-livened by wit, learning, and personal revelation-that is as enthralling as the fiction they were writing at the time. All the letters have been exhaustively annotated by the editors.

In the second volume of the letters of H. P. Lovecraft and Robert E. Howard, the two authors continue their wide-ranging discussion of such central issues as the relative value of barbarism and civilization, the virtues of the frontier and of settled city life, and other related issues. Lovecraft regales Howard with his extensive travels up and down the eastern seaboard, including trips to Quebec, Florida, and obscure corners of New England, while Howard writes engagingly of his own travels through the lonely stretches of Texas. Each has great praise for the other's writings in Weird Tales and elsewhere, and each conducts searching discussions of literature, philosophy, politics, and economics in the wake of the depression and Franklin D. Roosevelt's election. World affairs, including the rise of Hitler and Mussolini, also engage their attention. All letters are exhaustively edited by the editors, and the volume concludes with an extensive bibliography of both writers as well as the publication of a few letters to Lovecraft from Robert E. Howard's father, Dr. I. M. Howard, in the wake of his son's tragic and unexpected suicide.