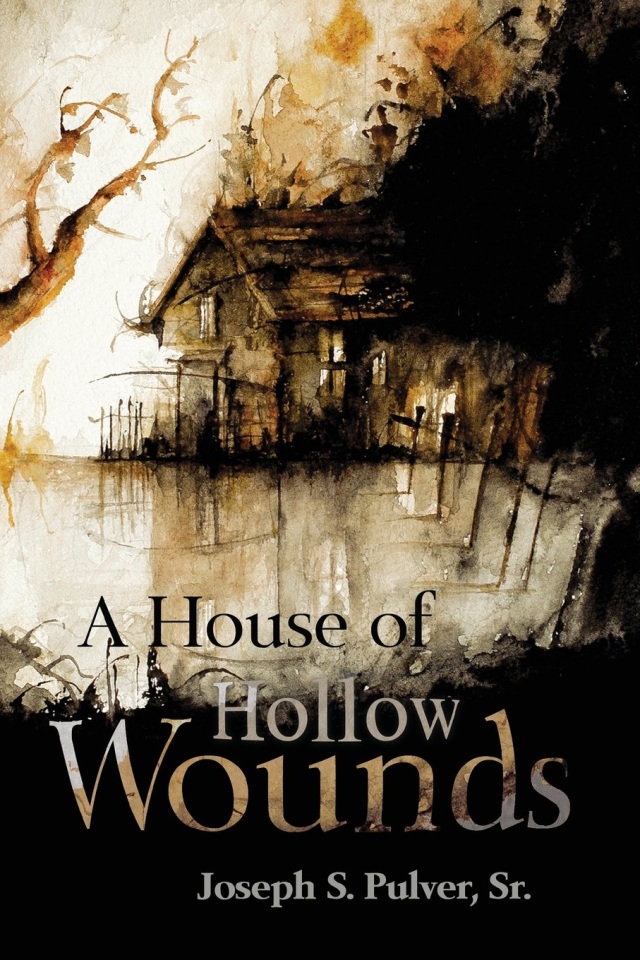 A House of Hollow Wounds

Over the past decade, Joseph S. Pulver, Sr. has attracted a worldwide audience for his stories, vignettes, and prose-poems-works that expand the boundaries of prose expression and evoke scintillating images of wonder, fear, terror, and heartbreak.

In this fourth collection of tales, following Blood Will Have Its Season (2009), SIN & Ashes (2010), and Portraits of Ruin (2012), we find imaginative riffs on Edgar Allan Poe, Robert W. Chambers, H. P. Lovecraft, and others — but more than that, we find the evocative melding of horror and plangency that makes Pulver the most distinctive voice in modern weird fiction.

"Pulver's skills as a post-Beat visionary are in rare form. A House of Hollow Wounds is a thrilling foray into the dark frontier of the weird."-Laird Barron

"The pieces assembled in A House of Hollow Wounds demonstrate the range of Joe Pulver's considerable talent. . . . Like Picasso, Pulver moves restlessly, relentlessly from style to style, never content with what he has accomplished, chasing after some fabulous and deadly beast half-glimpsed around the corners of a maze. Dizzying, exhilarating stuff."-John Langan

"Pulver is typically compared to a Lovecraftian version of the Beats, but A House of Hollow Wounds is in my opinion closer in style and emotional tone to French Decadent writers such as Baudelaire, Huysmans, and Rodenbach. It's both wildly modern and original, and yet evokes those unsettling gothic and classical 'vast chthonic wilderness pressing against the slender marble columns of civilization' themes that are like heroin to me. Dark, poetic, sexual, obsessive, and exquisitely hallucinatory."-Livia Llewellyn