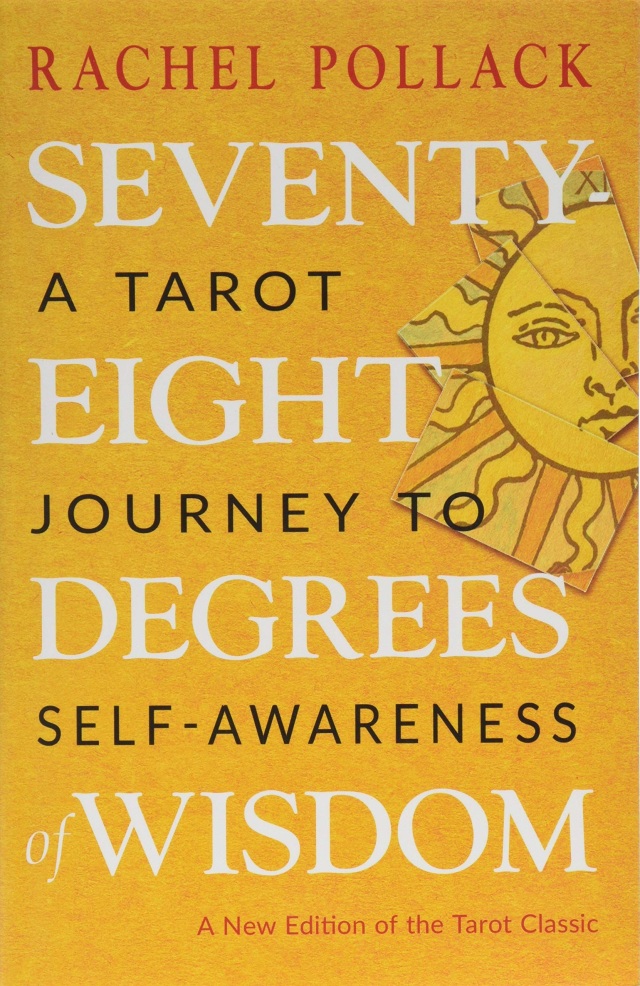 Seventy-Eight Degrees of Wisdom: A Tarot Journey to Self-Awareness

The bestselling tarot classic in a new edition with a new preface by the author. When it was first published nearly 40-years-ago, Seventy-Eight Degrees of Wisdom was an instant classic and inspired generations of tarot students. Often referred to as the "bible of tarot books" it has now helped to launch the "tarot renaissance" we're seeing today. Drawing on mythology and esoteric traditions and delving deeply into the symbolism and ideas of each card, the book offers a modern psychological interpretation of the tarot archetypes rather than a system of esoteric symbolism.

"What is your favorite tarot book? The answer is always 78 Degrees of Wisdom. It was the third tarot book I read but the first to speak my language so I could understand those ideas that previously were right outside of my grasp. The tarot was a tool, and it fit in my hand. This book taught me how to use it and I am forever grateful to Rachel Pollack for making this accessible, brilliant guide to my future." -- Melissa Cynova, author of Kitchen Table Tarot

"An inspiration to Tarot readers for 40 years, this is still the all-time best book for exploring both the deeper symbolism and practical meanings of the Major and Minor Arcana. I encourage you to turn to 78 Degrees of Wisdom to learn to read with and interpret the images of the Rider-Waite Tarot or, indeed, any deck." -- Mary K. Greer, author of Tarot for Your Self

‚Whenever I have a question about tarot, I reach for 78 Degrees of Wisdom. It is the most in-depth exploration of tarot and my most trusted resource. I‚m delighted and grateful for this new edition because my old one has completely fallen apart from so much use. No doubt this one will soon become dog-eared as well. If you want to learn tarot, you‚ll want 78 Degrees on your bookshelf too. It‚s the gold standard in tarot.‚ ‚ Theresa Reed, author of The Tarot Coloring Book and co-author of Tarot For Troubled Times

‚First published in two volumes, in 1980 and 1983, Seventy-Eight Degrees of Wisdom is one of those rare groundbreaking works that changed the way that people look at the Tarot. Pollack helped to redefine the Tarot, transforming it from simply a tool for fortune-telling to one that outlines a path for spiritual development.‚ ‚ Robert M. Place, author of The Tarot, History, Symbolism, and Divination, and creator of The Alchemical Tarot and The Tarot of the Sevenfold Mystery

‚If there is such a thing as tarot royalty, then Rachel Pollack is its queen and 78 Degrees of Wisdom is the trailblazing text that ordained her as such. Essential reading for the beginner and a classic that tarot masters will return to time and time again, this is the book to have in your library. I make it a point to sit down and reread 78 Degrees cover to cover at least once every five years, and that makes a cardinal difference in my personal development. All my reverence and admiration to the inimitable Rachel Pollack.‚ ‚ Benebell Wen, author of Holistic Tarot

Author Rachel Pollack is considered one of the world‚s foremost authorities on the modern interpretation of the tarot. She is a member of the American Tarot Association, the International Tarot Society, and the Tarot Guild of Australia, and has taught at the Omega Institute for fifteen years. She is an award-winning fiction writer and has also written twelve books on the tarot. She lives in New York.