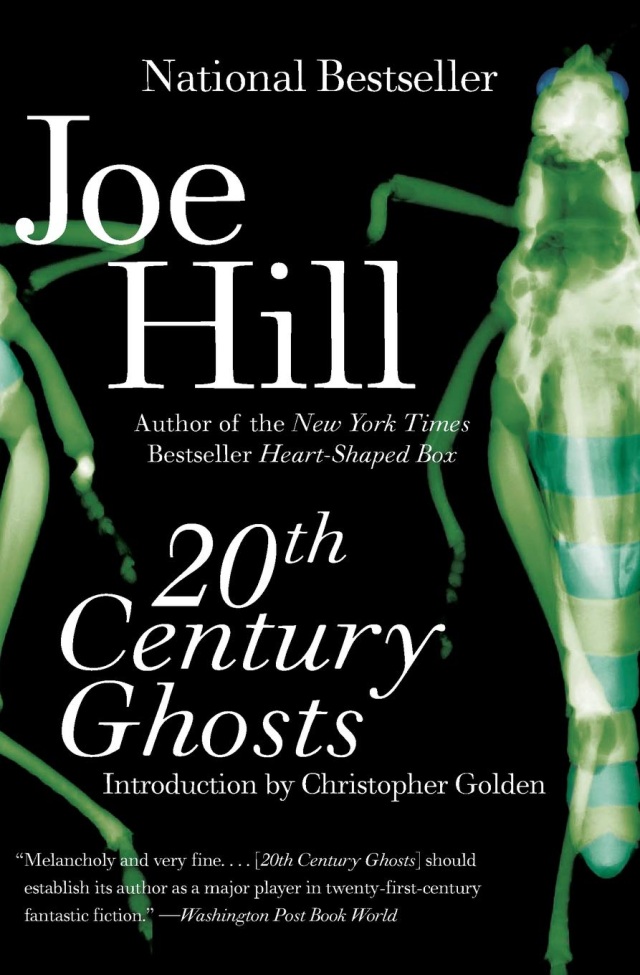 Imogene is young, beautiful . . . and dead, waiting in the Rosebud Theater one afternoon in 1945. . . . Francis was human once, but now he's an eight-foot-tall locust, and everyone in Calliphora will tremble when they hear him sing. . . . John is locked in a basement stained with the blood of half a dozen murdered children, and an antique telephone, long since disconnected, rings at night with calls from the dead. . . . Nolan knows but can never tell what really happened in the summer of '77, when his idiot savant younger brother built a vast cardboard fort with secret doors leading into other worlds. . . . The past isn't dead. It isn't even past. . . .

"Alternately sad, scary, strange and at times even sweet, these tales will haunt you long after you've read them." -- Parade

"One of the best horror collections of the year. Hill is a relative newcomer who consistently creates creepy, very disturbing stories." — Locus

"Each tale is unique, and the collection proves that Hill's talent is not limited to horror, but extends well into the mainstream." — Denver Rocky Mountain News

"The selections range from the mundane to the surreal, with a strong emphasis on the kind of horror tale perfected by Ray Bradbury, Peter Straub and Stephen King." — San Francisco Chronicle

"Each of these chilling tales arrests you from the opening sentence and leads you‚ trustingly, thanks to the simple mastery of the storyteller‚ into a place of gulping fear." — Daily Mail