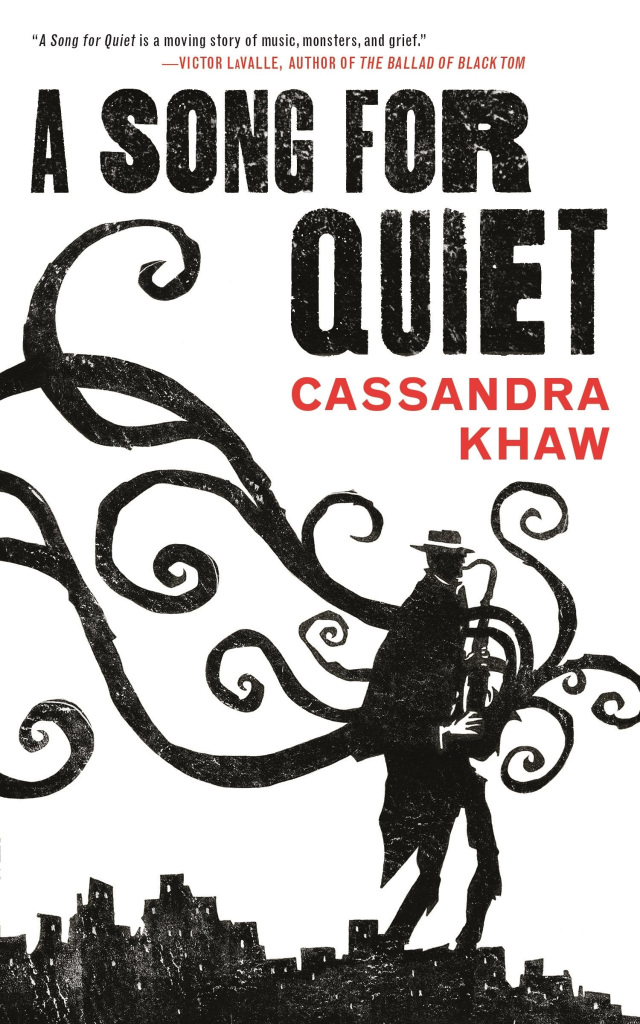 A Song for Quiet

Cassandra Khaw returns with A Song for Quiet, a new standalone Persons Non Grata novella from the world of Hammers on Bone, finalist for the British Fantasy Award and the Locus Award, and which Kameron Hurley called "a long leap into the gory, the weird, and the fantastic."

Deacon James is a rambling bluesman straight from Georgia, a black man with troubles that he can't escape, and music that won't let him go. On a train to Arkham, he meets trouble ― visions of nightmares, gaping mouths and grasping tendrils, and a madman who calls himself John Persons. According to the stranger, Deacon is carrying a seed in his head, a thing that will destroy the world if he lets it hatch.

The mad ravings chase Deacon to his next gig. His saxophone doesn't call up his audience from their seats, it calls up monstrosities from across dimensions. As Deacon flees, chased by horrors and cultists, he stumbles upon a runaway girl, who is trying to escape the destiny awaiting her. Like Deacon, she carries something deep inside her, something twisted and dangerous. Together, they seek to leave Arkham, only to find the Thousand Young lurking in the woods.

The song in Deacon’s head is growing stronger, and soon he won’t be able to ignore it any more.