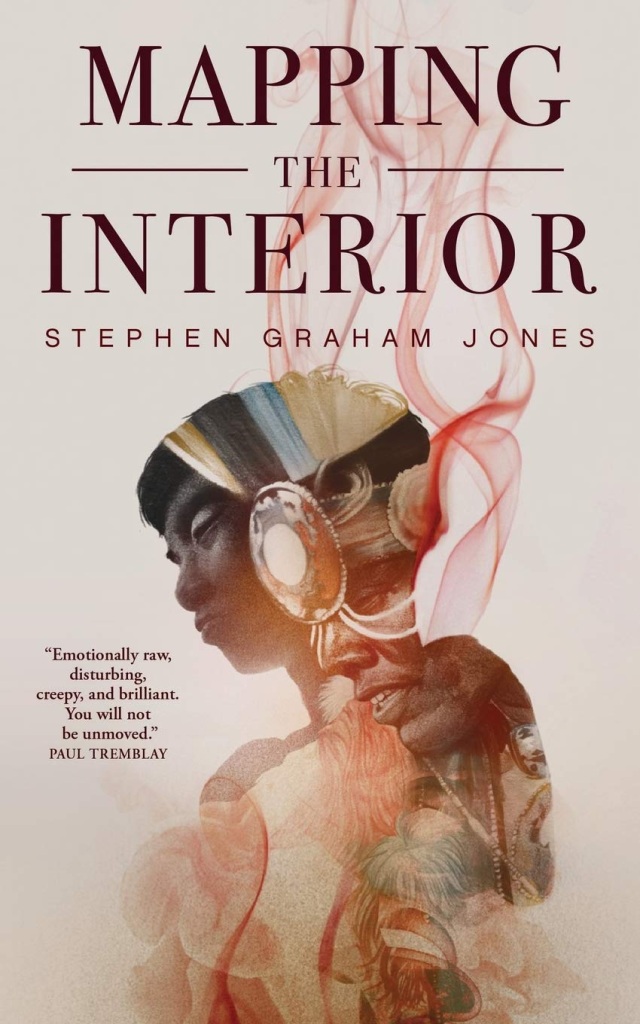 Walking through his own house at night, a fifteen-year-old thinks he sees another person stepping through a doorway. Instead of the people who could be there, his mother or his brother, the figure reminds him of his long-gone father, who died mysteriously before his family left the reservation. When he follows it he discovers his house is bigger and deeper than he knew. The house is the kind of wrong place where you can lose yourself and find things you'd rather not have. Over the course of a few nights, the boy tries to map out his house in an effort that puts his little brother in the worst danger, and puts him in the position to save them . . . at terrible cost.

"Stephen Graham Jones's Mapping the Interior is a triumph. So emotionally raw, disturbing, creepy, and brilliant. You will not be unmoved. You will not be unaffected. It's a ghost story in the truest, darkest, most melancholy sense. Stephen knows we are haunted by our parents, our families, and our shared pasts as much as we are haunted by ourselves; haunted by who we were, who we become, and who we could've been." — Paul Tremblay, author of A Head Full of Ghosts and Disappearance at Devil's Rock

"Stephen Graham Jones's chilling Mapping the Interior is part S.E. Hinton and part Shirley Jackson. It's about being young and broke, and that moment when you first wonder who your parents really are. The answers are out there, but they will leave you haunted forever." — Richard Kadrey, author of the Sandman Slim series

"Mapping the Interior is Jones at his best." — PANK Magazine

"A chilling tale told from a less-heard perspective, Mapping the Interior is the type of horror story you keep on your shelf for regular hauntings." — Rue Morgue

Author STEPHEN GRAHAM JONES was raised as pretty much the only Blackfeet in West Texas—except for his dad and grandma and aunts and uncles and cousins. He now lives in Boulder, Colorado with his wife, a couple kids, and too many old trucks. Between West Texas and now, he's had more than fifteen novels and several story collections published, including, from William Morrow, the werewolf novel Mongrels. Stephen teaches in the MFA programs at CU Boulder and UCR-PD.