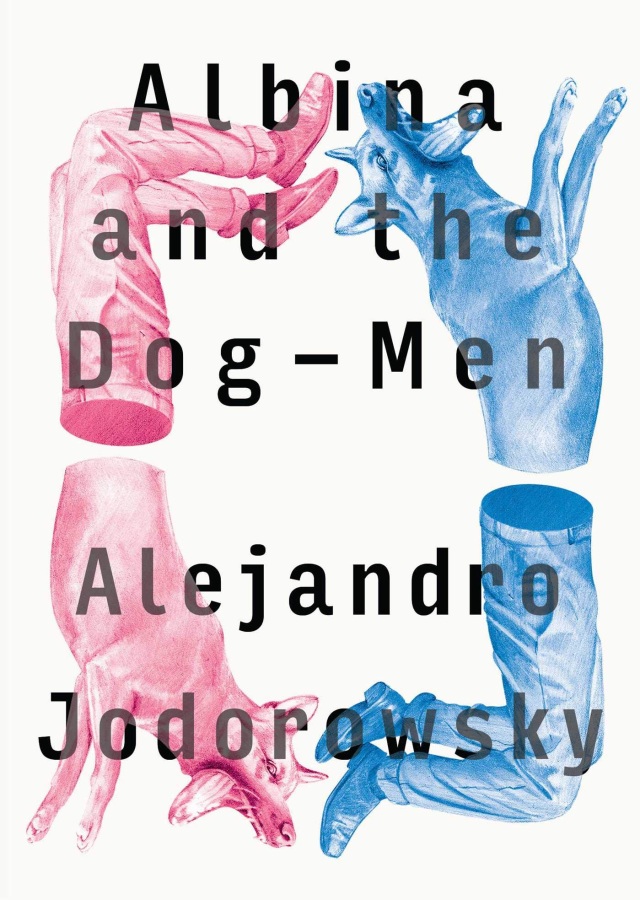 Albina and the Dog-Men

"In his latest novel, Jodorowsky builds on his multi-decade long assault of the public imagination—a fantastical and genre-defying parable of love and friendship. At its core, Albina and the Dog-Men is a love story about two people committed to one another's survival and to discovering their potential. And, as with life, it is sometimes only through the weathering of a storm that our true capacities are made clear." — NPR Books

When two women, an amnesiac goddess and her protector, a leather-tough woman called Crabby‚ arrive in a Chilean desert town, Albina's otherworldly allure and unfettered sensuality turn men into wild beasts. Chased by a clubfooted corrupt cop, evil corporate overlords, giant-hare-riding narcos, and Himalayan cultists, Albina and Crabby must find a magical cactus that will cure Albina and the men's monstrous affliction before the town consumes itself in an orgy of lust and violence. Albina and the Dog-Men is Alejandro Jodorowsky's darkly funny, shocking, and surreal hybrid of mystical folktale, road novel, horror story, and social parable, ultimately uniting in a universal story of love against the odds and what makes us human.

"Deeply psychological and mysterious, the book will stimulate the imagination of the reader's mind to the extreme." — Marina Abramovic

"Jodorowsky's is a work of unforgettable weirdness, a work whose movements are directed by sometimes violent mysticism and whose final lessons may speak to all who have ever dreamed of transformation." — Michelle Anne Schingler,

"...read Jodorowsky if you want to feel like you've run a marathon through a fever dream." — Christina Kloess, Chicago Review of Books

Alejandro Jodorowsky was born to Ukrainian Jewish immigrants in Tocopilla, Chile. From an early age, he became interested in mime and theater; at the age of 23, he left for Paris to pursue the arts, and has lived there ever since. A friend and companion of Fernando Arrabal and Roland Topor, he founded the Panic movement and has directed several classic films of this style, including The Holy Mountain, El Topo and Santa Sangre. A mime artist, specialist in the art of tarot, and prolific author, he has written novels, poetry, short stories, essays, and over thirty successful comic books, working with such highly regarded comic book artists as Moebius and Bess.