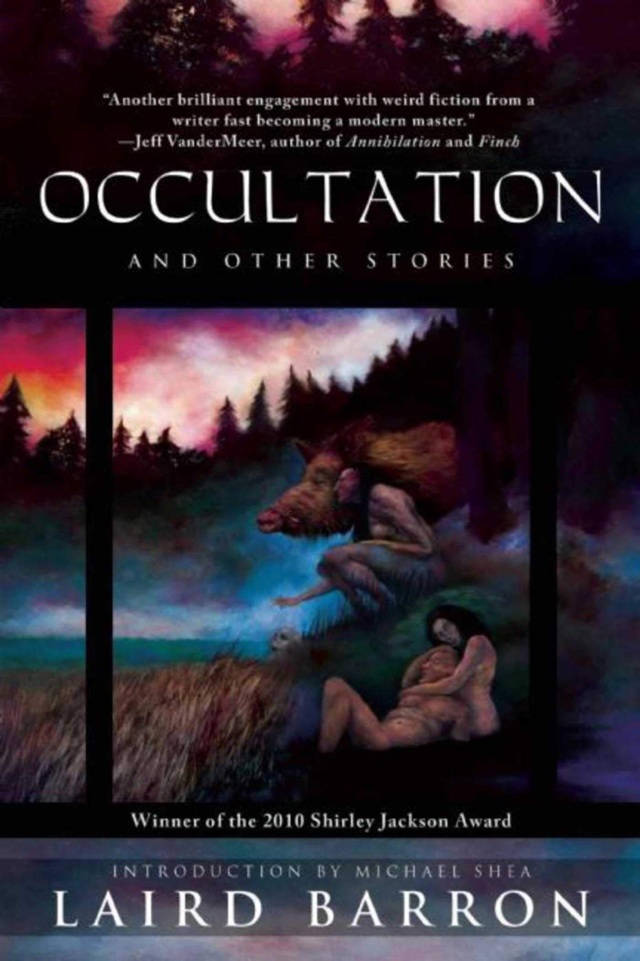 Winner of the Shirley Jackson Award, nine stories of cosmic horror from the heir apparent to Lovecraft’s throne.

Laird Barron has emerged as one of the strongest voices in modern horror and dark fantasy fiction, building on the eldritch tradition pioneered by writers such as H. P. Lovecraft, Peter Straub, and Thomas Ligotti. His stories have garnered critical acclaim and have been reprinted in numerous year’s best anthologies and nominated for multiple awards, including the Crawford, International Horror Guild, Shirley Jackson, Theodore Sturgeon, and World Fantasy awards. His debut collection, The Imago Sequence and Other Stories, was the inaugural winner of the Shirley Jackson Award.

He returns with his second collection, Occultation. Pitting ordinary men and women against a carnivorous, chaotic cosmos, Occultation’s nine tales of terror (two published here for the first time) were nominated for just as many Shirley Jackson awards, winning for the novella “Mysterium Tremendum” and the collection as a whole. Featuring an introduction by Michael Shea, Occultation brings more of the spine-chillingly sublime cosmic horror Laird Barron’s fans have come to expect.

About the Author Laird Barron is the author of the novel The Croning and three collections of short fiction: The Imago Sequence, Occultation, and The Beautiful Thing That Awaits Us All. His work has appeared in many magazines and anthologies. An expatriate Alaskan, Barron currently resides in the wilds of upstate New York.

“Another brilliant engagement with weird fiction from a writer fast becoming a modern master.”

"Laird Barron has, in a remarkably short period of time, emerged as one of the leading writers of contemporary weird fiction."

“With sharp prose and wise, original stories, Barron has repeatedly proven himself one of the strongest voices in the field. This collection is a must read.”

—Sarah Langan, author of Audrey’s Door and The Keeper

“Laird Barron is one of those writers who makes other writers want to break their pencils. I’m serious. His work is that good. Worse than that, he’s an original (damn him!), and the finest writer to join the ranks of the dark fantastic in a long, long time.”

“For my money, Laird Barron is far and away the best of the new generation of horror writers.”