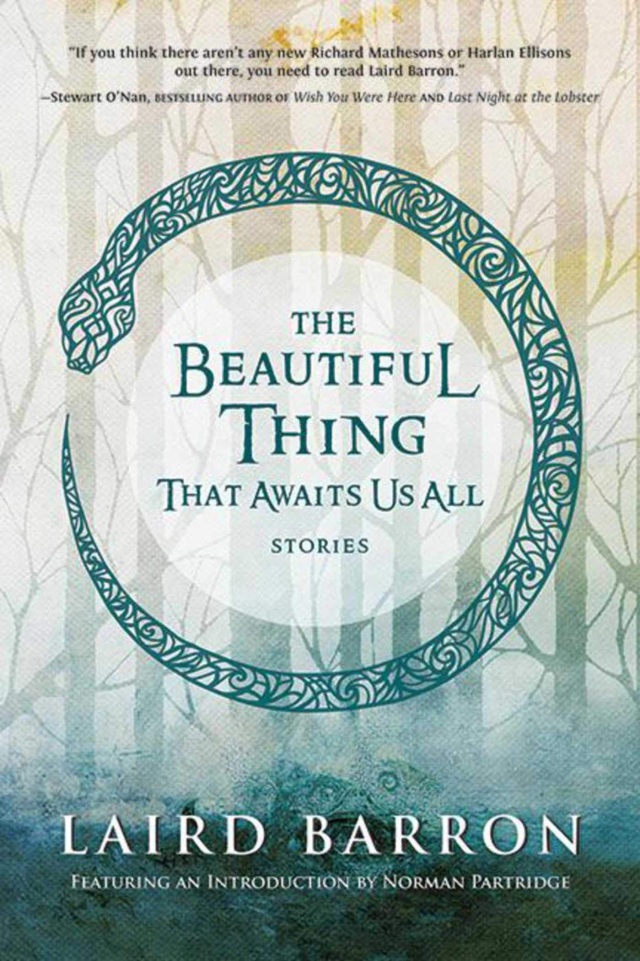 Beautiful Thing That Awaits Us All

Over the course of two award-winning collections and a critically acclaimed novel, The Croning, Laird Barron has arisen as one of the strongest and most original literary voices in modern horror and the dark fantastic. Melding supernatural horror with hard-boiled noir, espionage, and a scientific backbone, Barron's stories have garnered critical acclaim and have been reprinted in numerous year's best anthologies. His work has been nominated for multiple awards, including the Crawford, International Horror Guild, Shirley Jackson, Theodore Sturgeon, and World Fantasy awards.

"One of my favorite writers, period. ... one of the most unique and accomplished prose talents now working in America. He writes dangerous stories, in something I've described as like a cross between H. P. Lovecraft and James Dickey ... Very much like crack to my brain." Nic Pizzolatto, creator of HBO's True Detective

"If you think there aren't any new Richard Mathesons or Harlan Ellisons out there, you need to read Laird Barron." - Stewart O'Nan, bestselling author of Wish You Were Here and Last Night at the Lobster

"I've come to Laird Barron relatively late, but I‚m adding him to my pantheon of greats (and I don't use that word lightly)." - Adam Nevill, author of The Ritual

"The scariest writer on the planet has to be Laird Barron." - Paul Goat Allen, The Barnes & Noble Book Blog

"Laird Barron has, in a remarkably short period of time, emerged as one of the leading writers of contemporary weird fiction." S. T. Joshi

"You could say these stories are what happens when Jack London and Zane Grey go drinking with William Hope Hodgson and Algernon Blackwood. But what they really are is Laird Barron, and they are terrifying and awe-inspiring. If you haven't yet tried his work, this is a great place to start." - Brian Keene, author of The Rising

Author Laird Barron is the author of the novel The Croning and three collections of short fiction: The Imago Sequence, Occultation, and The Beautiful Thing That Awaits Us All. His work has appeared in many magazines and anthologies. An expatriate Alaskan, Barron currently resides in the wilds of upstate New York.