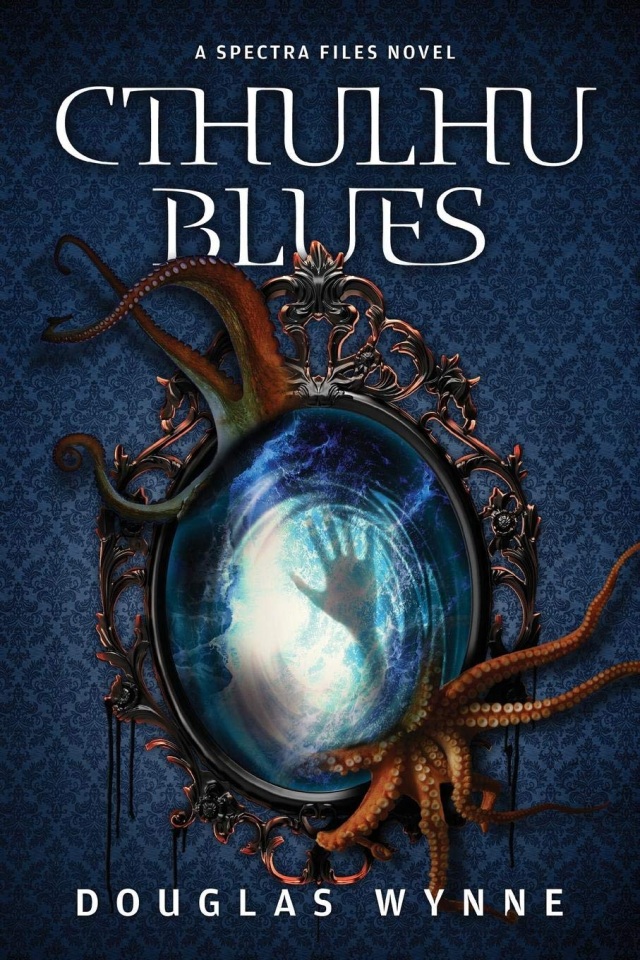 The Wade House has been reduced to ash, but the dreams that plagued Becca Philips and Jason Brooks when they slept in that abomination continue to haunt them. After years of facing trans-dimensional monsters in the service of SPECTRA, a few lingering nightmares are to be expected. But when Becca starts singing in her sleep‚an ancient song that conjures dreadful things from mirrored surfaces‚ she fears that the harmonics she was exposed to during the Red Equinox terror event may have mutated not only her perception, but also her voice. It's a gift‚or curse‚ that she shares with a select group of children born to other witnesses of the incursion. While a shadowy figure known as the Crimson Minstrel gathers these children to form an infernal choir, something ancient stirs on the ocean floor. And Becca, hearing its call, once again finds herself running from an agency she can no longer trust, into the embrace of cosmic forces she can barely comprehend.

"A high-octane ride of existential dread that wonderfully concludes one of the best modern Lovecraftian book series you'll ever read." -AiPT Comics

"The series incorporates well-written thrillers, taut, exciting, and rapid-moving. It features secret agents, both loyal and traitorous; espionage and counter-espionage; threats to individuals and to all humanity....It touches upon love and hate, selflessness and sacrifice, greed and the desperate hunger for power....With almost invisible and highly commendable skill, Wynne merges theseessentially antithetical genres into an escalating tale of impendingdestruction." -Horror Review

"Filled with twists and the Lovecraftian vibe these SPECTRA Files stories are known for, Cthulhu Blues works well as a standalone novel, but I certainly recommend reading all three books in the series." -Cemetery Dance

Douglas Wynne wrote his first dark fantasy novel at the age of fifteen but took a creative detour soon after to spend the next decade writing songs and singing in rock bands. After earning his BA in Music Production and Engineering at Berklee College of Music and working a short stint as a recording engineer in Woodstock, NY, he came full circle back to fiction writing and is recently the author of five novels: The Devil of Echo Lake, Steel Breeze, and the SPECTRA Files trilogy (Red Equinox, Black January, and Cthulhu Blues). His short fiction has appeared in numerous anthologies, and his writing workshops have been featured at genre conventions and schools throughout New England. He lives in Massachusetts with his wife and son and a houseful of animals.