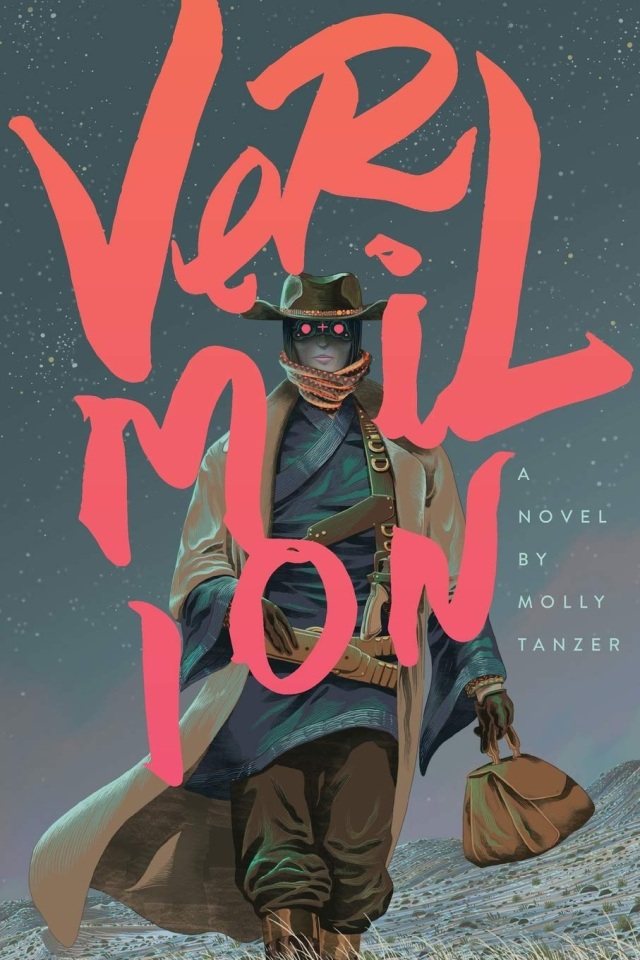 Gunslinging, chain smoking, Stetson-wearing Taoist psychopomp, Elouise "Lou" Merriwether might not be a normal 19-year-old, but she's too busy keeping San Francisco safe from ghosts, shades, and geung si to care much about that. It's an important job, though most folks consider it downright spooky. Some have even accused Lou of being more comfortable with the dead than the living, and, well... they're not wrong. When Lou hears that a bunch of Chinatown boys have gone missing somewhere deep in the Colorado Rockies she decides to saddle up and head into the wilderness to investigate. Lou fears her particular talents make her better suited to help placate their spirits than ensure they get home alive, but it's the right thing to do, and she's the only one willing to do it. On the road to a mysterious sanatorium known as Fountain of Youth, Lou will encounter bears, desperate men, a very undead villain, and even stranger challenges. Lou will need every one of her talents and a whole lot of luck to make it home alive... From British Fantasy Award nominee Molly Tanzer comes debut novel Vermilion, a spirited weird Western adventure that puts the punk back into steampunk.

Tanzer's first novel is a splendid page-turner of a Weird West adventure. ... This hugely entertaining mixture of American steampunk and ghost story is a wonderful yarn with some of the best dialogue around. -PUBLISHERS WEEKLY (Starred Review)

Old West steampunk has another appealing heroine in Lou (pair her with the equally winsome female lead of Elizabeth Bear's Karen Memory) to go along with the delightfully over-the-top villains. The pages turn themselves in this debut novel from a small press that deserves a big audience. -LIBRARY JOURNAL (Starred Review)

Lou is one of the most delightful and charismatic fictional creations in recent memory. Her compelling blend of world-weary wryness and wide-eyed vulnerability makes for some firecracker dialogue, but it also reflects Tanzer's kaleidoscopic view of the Old West, a place that's far more dazzling and diverse than most history books have led us to believe. ... Vermilion is a unique, hearty, thought-provoking romp that rewrites history with a vivacious flourish. -NPR

Vermillion is fresh and strange - a dark and sparkling story of magic, monsters, and mystery in the Old Weird West. Gloriously weird and heartfelt, it's a credit to the genre from start to finish. -CHERIE PRIEST, Award-Winning Author of Boneshaker and Maplecroft