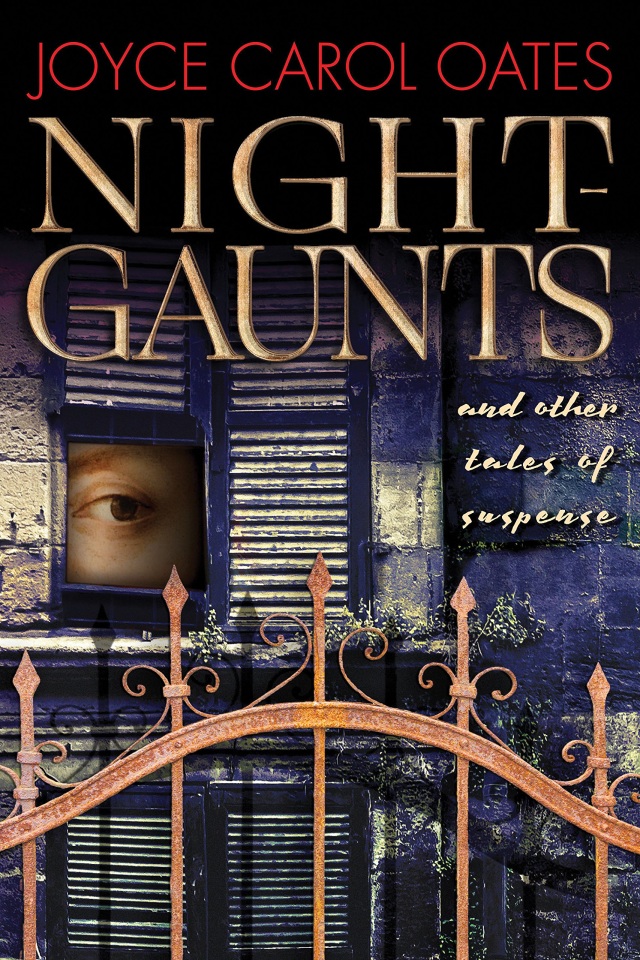 Night Gaunts and Other Tales of Suspense (hardcover)

In the title story of her taut new fiction collection, Night-Gaunts and Other Tales of Suspense, Joyce Carol Oates writes: Life was not of the surface like the glossy skin of an apple, but deep inside the fruit where seeds are harbored. There is no writer more capable of picking out those seeds and exposing all their secret tastes and poisons than Oates herself―as brilliantly demonstrated in these six stories.

The book opens with a woman, naked except for her high-heeled shoes, seated in front of the window in an apartment she cannot, on her own, afford. In this exquisitely tense narrative reimagining of Edward Hopper’s Eleven A.M., 1926, the reader enters the minds of both the woman and her married lover, each consumed by alternating thoughts of disgust and arousal, as he rushes, amorously, murderously, to her door. In “The Long-Legged Girl,” an aging, jealous wife crafts an unusual game of Russian roulette involving a pair of Wedgewood teacups, a strong Bengal brew, and a lethal concoction of medicine. Who will drink from the wrong cup, the wife or the dance student she believes to be her husband’s latest conquest? In “The Sign of the Beast,” when a former Sunday school teacher’s corpse turns up, the blighted adolescent she had by turns petted and ridiculed confesses to her murder―but is he really responsible? Another young outsider, Horace Phineas Love, Jr., is haunted by apparitions at the very edge of the spectrum of visibility after the death of his tortured father in “Night-Gaunts,” a fantastic ode to H.P. Lovecraft.

Reveling in the uncanny and richly in conversation with other creative minds, Night-Gaunts and Other Tales of Suspense stands at the crossroads of sex, violence, and longing―and asks us to interrogate the intersection of these impulses within ourselves.