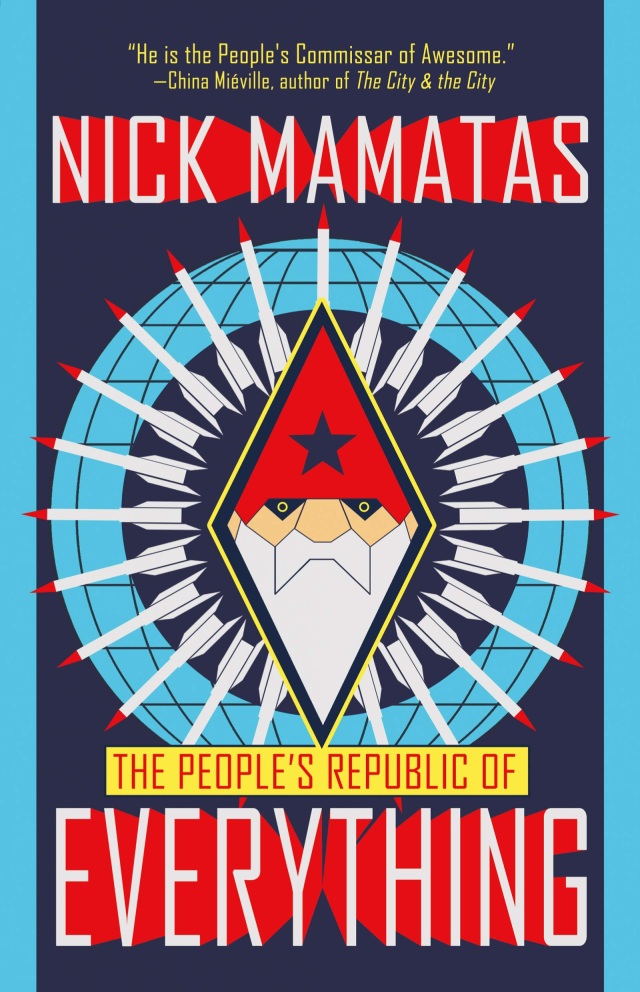 The People's Republic of Everything

“[Mamatas] is the People's Commissar of Awesome.”

Welcome to the People's Republic of Everything―of course, you've been here for a long time already. Make yourself at home alongside a hitman who always tells the truth, no matter how reality has to twist itself to suit; electric matchstick girls who have teamed up with Friedrich Engels; a telepathic boy and his father's homemade nuclear bomb; a very bad date that births an unforgettable meme; and a dog who simply won't stop howling on social media.

The People's Republic of Everything features a decade's worth of crimes, fantasies, original fiction, and the author's preferred text of the acclaimed short novel Under My Roof.

“The 15 stories in Mamatas’s strong collection show impressive imaginative range, cutting across the boundaries of fantasy and science fiction and veering into territory that defies genre pigeonholing.”

“Bay Area author Nick Mamatas is renowned in his work and in his online presence as witty and perspicacious; his new collection will bolster that reputation . . . brilliant, oddball.”

“The People's Republic of Everything is a subversive and darkly humorous collection of stories showcasing author Nick Mamatas's ability to work across a variety of genres.”

“A whole lot of these stories could be described as ‘revolutionary’―both in the sense of involving actual revolutions on small and large scales, and regarding the author’s tendency to recombine the materials of SF, crime, literary, and experimental fiction in new and provocative ways. To which I can only say―long live the revolution.”

﻿Nick Mamatas is the author of seven novels, including Love is the Law, I Am Providence, and the forthcoming Hexen Sabbath. His short fiction has appeared in Best American Mystery Stories, Year's Best Science Fiction & Fantasy, and many other venues. Nick is also an anthologist; his books include the Bram Stoker Award winner Haunted Legends (co-edited with Ellen Datlow), the Locus Award nominees The Future is Japanese and Hanzai Japan (both co-edited with Masumi Washington), and Mixed Up (co-edited with Molly Tanzer). His fiction and editorial work has been nominated for the Hugo, Locus, World Fantasy, Bram Stoker, Shirley Jackson, and International Horror Guild Awards. Mamatas lives in Oakland, California.