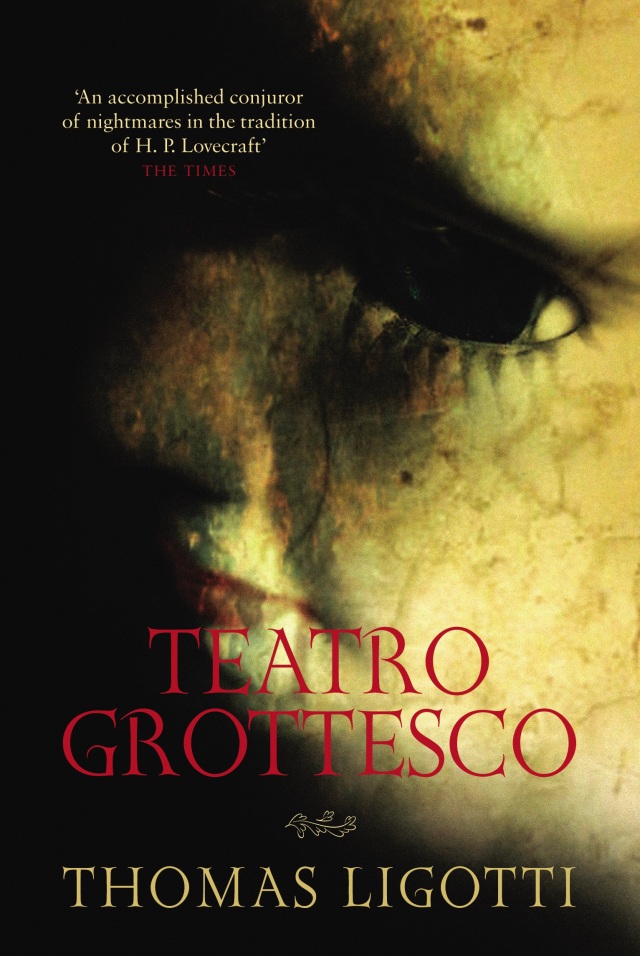 This collection features tormented individuals who play out their doom in various odd little towns, as well as in dark sectors frequented by sinister and often blackly comical eccentrics. The cycle of narratives that includes the title work of this collection, for instance, introduces readers to a freakish community of artists who encounter demonic perils that ultimately engulf their lives. These are selected examples of the forbidding array of persons and places that compose the mesmerizing fiction of Thomas Ligotti.

"A generous serving of Edgar Allan Poe, a dash of Franz Kafka, a smidgen of Robert Aickman: These comprise the components in the cauldron of creativity of Thomas Ligotti. . . . His descriptive powers are mesmerizing." —Hellnotes

Thomas Ligotti is one of the most original and remarkable figures in horror literature since H. P. Lovecraft. In Teatro Grottesco Ligotti follows the literary tradition that began with Edgar Allan Poe: portraying characters that are outside of anything that might be called normal life, depicting strange locales far off the beaten track, and rendering a grim vision of human existence as a perpetual nightmare. Just by entering his unique world where odd little towns and dark sectors are peopled with clowns, manikins and hideous puppets, and where tormented individuals and blackly comical eccentrics play out their doom, is to risk your own vision of the world.

"Quite unlike anything else being published—One of the most unique voices in the field. His imagery is breathtaking" - Science Fiction Chronicle

Thomas Ligotti has won the Bram Stoker award and World Fantasy Award four times respectively for his unique horror fiction. His other books include Grimscribe, My Work Is Not Yet Done, The Nightmare Factory, Nocturary, and The Shadow at the Bottom of the World. He lives in Florida.