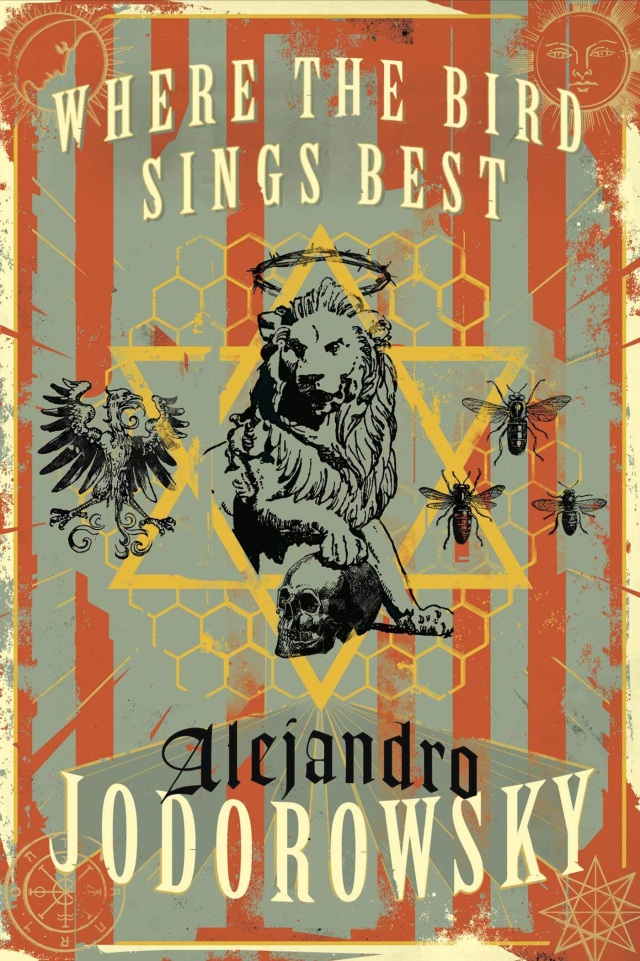 Where the Bird SIngs Best

The magnum opus from Alejandro Jodorowsky‚ director of The Holy Mountain, star of Jodorowsky's Dune, spiritual guru behind Psychomagic and The Way of Tarot, innovator behind classic comics The Incal and Metabarons, and legend of Latin American literature. There has never been an artist like the polymathic Chilean director, author, and mystic Alejandro Jodorowsky. For eight decades, he has blazed new trails across a dazzling variety of creative fields. While his psychedelic, visionary films have been celebrated by the likes of John Lennon, Marina Abramovic, and Kanye West, his novels — praised throughout Latin America in the same breath as those of Gabriel Garca Marquez— have remained largely unknown in the English-speaking world. Until now.

Where the Bird Sings Best tells the fantastic story of the Jodorowsky's emigration from Ukraine to Chile amidst the political and cultural upheavals of the 19th and 20th centuries. Like One Hundred Years of Solitude, Jodorowsky's book transforms family history into heroic legend: incestuous beekeepers hide their crime with a living cloak of bees, a czar fakes his own death to live as a hermit amongst the animals, a devout grandfather confides only in the ghost of a wise rabbi, a transgender ballerina with a voracious sexual appetite holds a would-be saint in thrall. Kaleidoscopic, exhilarating, and erotic, Where the Bird Sings Best expands the classic immigration story to mythic proportions.

"Where the Bird Sings Best is Alejandro Jodorowsky's brilliant, mad and unpredictable semi-autobiographical novel. Translated by Alfred MacAdam, this multigenerational chronicle introduces a host of memorable characters, from a dwarf prostitute and a floating ghost-Rabbi to a lion tamer who eats raw meat and teaches his beasts to jump through flaming hoops. Fantastical elements aside, Where the Bird Sings Best is a fiercely original immigration tale that culminates in the author's birth in Chile in 1929‚ a complicated time in that nation's history. Combine that with poetry, tarot and Jewish mysticism and you have a genius's surreal vision brought to life." — NPR Books, Best Books of 2015

Alejandro Jodorowsky was born to Ukrainian Jewish immigrants in Tocopilla, Chile. From an early age, he became interested in mime and theater; at the age of 23, he left for Paris to pursue the arts, and has lived there ever since. A friend and companion of Fernando Arrabal and Roland Topor, he founded the Panic movement and has directed several classic films of this style, including The Holy Mountain, El Topo and Santa Sangre. A mime artist, specialist in the art of tarot, and prolific author, he has written novels, poetry, short stories, essays, and over thirty successful comic books, working with such highly regarded comic book artists as Moebius and Bess.