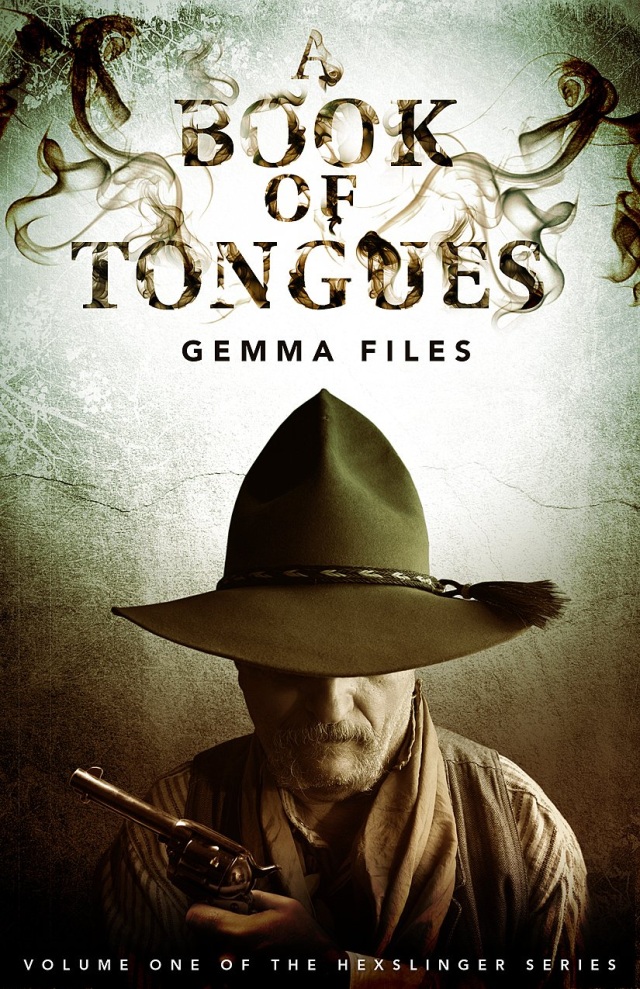 Two years after the Civil War, Pinkerton agent Ed Morrow has gone under cover with one of the weird West's most dangerous outlaw gangs the troop led by "Reverend" Asher Rook, ex-Confederate chaplain turned "hexslinger," and his notorious lieutenant (and lover) Chess Pargeter. Morrow's task: get close enoughto map the extent of Rook's power, then bring that knowledge back to helpProfessor Joachim Asbury unlock the secrets of magic itself. Caught between apassle of dead gods and monsters, hexes galore, Rook's witchery, and the ruthless calculations of his own masters, Morrow's only real hope of survival lies with the man without whom Rook cannot succeed: Chess Pargeter himself! But Morrow and Chess will have to literally ride through Hell before the truth of Chess's fate comes clear the doom written for him, and the entire world, in A Book of Tongues.

From Publishers Weekly: A Pinkerton detective infiltrates a Wild West gang led by a spell-casting preacher in this boundary-busting horror fantasy debut. Agent Ed Morrow is dispatched by a professor of magical research to evaluate the hexslinging abilities of Rev. Asher Rook, a renegade chaplain who survived his own hanging, and his lover, the prickly sharpshooter Chess Pargeter. As Morrow becomes part of the gang, the Aztec goddess Ixchel slowly seduces Rook into a bloody ritual marriage that endangers Pargeter and leads their followers down a road to hell. Files smoothly weaves an unusual magic system, Aztec mythology, and a raunchily explicit gay love story into a classic western tale of outlaws and revenge. . . . this promising debut fully delivers both sizzling passions and dark chills.

"Experimental Film is sensational. When we speak of the best in contemporary horror and weird fiction, we must speak of Gemma Files" - Laird Barron

"Gemma Files has one of the great dark imaginations in fiction‚visionary, transgressive, and totally original. With this new novel Experimental Film, Files explores the world of film and horror in a way that will leave you reeling. A smart, sharp page-turner with heart and depth" -Jeff VanderMeer

Author Gemma Files is the winner of the International Horror Guild Award and the Black Quill Award. She has been nominated for the Lambda, the Stoker, and the Shirley Jackson Awards.