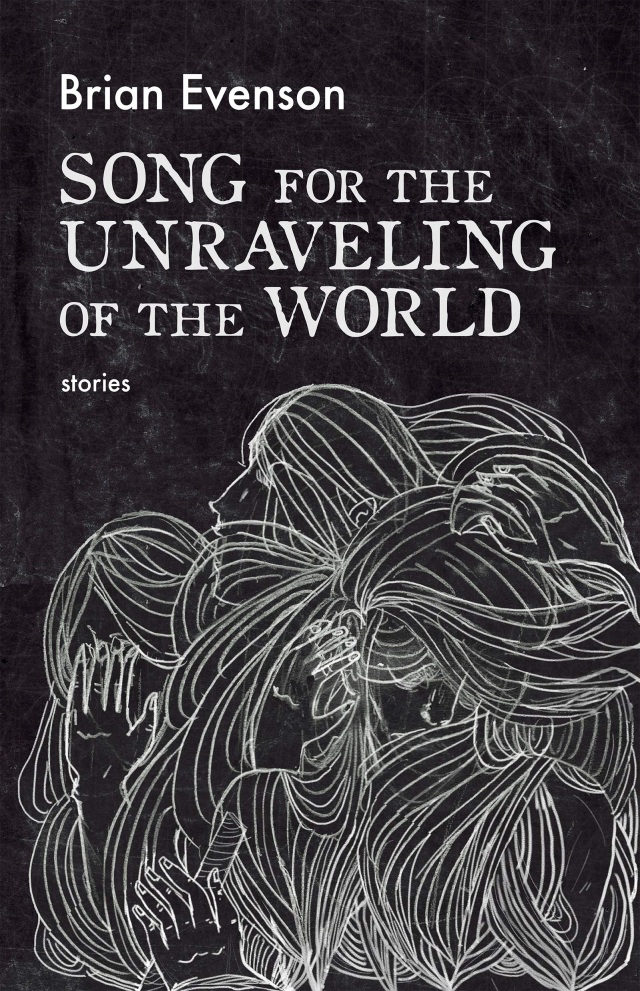 Song for the Unravelling of the World

A newborn's absent face appears on the back of someone else's head, a filmmaker goes to gruesome lengths to achieve the silence he's after for his final scene, and a therapist begins, impossibly, to appear in a troubled patient's room late at night. In these stories of doubt, delusion, and paranoia, no belief, no claim to objectivity, is immune to the distortions of human perception. Here, self-deception is a means of justifying our most inhuman impulses–whether we know it or not.

"These stories are carefully calibrated exercises in ambiguity in which Evenson (Windeye) leaves it unclear how much of the off-kilterness exists outside of the deep-seated pathologies that motivate his characters." – Publishers Weekly, starred review

"Missing persons, paranoia and psychosis . . . the kind of writer who leads you into the labyrinth, then abandons you there. It's hard to believe a guy can be so frightening, so consistently." –The New York Times

"Evenson is one of our best living writers‚ regardless of genre . . . Song is a skillfully crafted, cleverly executed, and extremely entertaining collection." –NPR

"Evenson renders the world as a place of infinite and paralyzing delusion. . . . In an Evenson story, a house isn't inescapable because of its lack of doors and windows; it's inescapable because it was built by an impressionable mind." –Los Angeles Review of Books

"To read Evenson is to be privy to a precise, vivid, brilliant unpicking of the everyday–and its others." –China Miéville

"You've heard of 'postmodern' stories‚ well, Evenson's stories are post-everything. They are post-human, post-reason, post-apocalyptic. . . . in an Evenson story, there are two horrible things that can happen to you. You can either fail to survive, or survive." –The New York Times

Brian Evenson is the recipient of three O. Henry Prizes and has been a finalist for the Edgar Award, the Shirley Jackson Award, and the World Fantasy Award. He is also the winner of the International Horror Guild Award and the American Library Association’s award for Best Horror Novel, and his work has been named in Time Out New York’s top books.