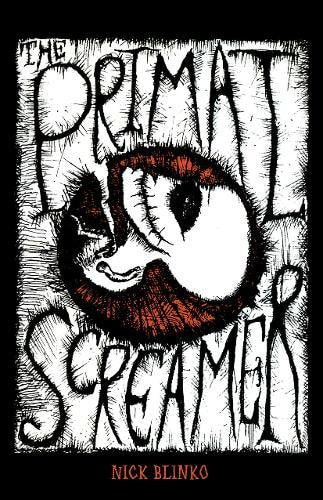 A gothic horror novel about severe mental distress and punk rock, this narrative is written in the form of a diary kept by a psychiatrist, Dr. Rodney H. Dweller, concerning his patient, Nathaniel Snoxell, brought to him in 1979 because of several attempted suicides. Snoxell gets involved in the anarchist punk scene, and begins recording songs and playing gigs at anarchist centers. In 1985, the good doctor himself goes insane and disappears. This semi-autobiographical novel from Rudimentary Peni singer, guitarist, lyricist, and illustrator, Nick Blinko, plunges into the worlds of madness, suicide, and anarchist punk. H. P. Lovecraft meets Crass in the squats and psychiatric institutions of early 1980s England. This new edition collects Blinko's long-sought-after artwork from the three previous incarnations.

"An intensely written and authentically Gothic look at the life of a man suffering extreme mental distress." — Detour

"The insights it offers into the punk scene and into the unsettling landscapes of its author‚s mind are fascinating. The whole book has a distinct sense of coming from a mind unlike most we are used to." — Big Issue

"Nick Blinko is a madman. That's not intended as pejorative opinion but rather a statement of plain fact." — Maximum Rock N Roll

"An indispensable read for those interested in Blinko's oeuvre. . . . Consider The Primal Screamer a job well done." — Razorcake

Author Nick Blinko is an artist and the lead singer and guitarist for the punk band, Rudimentary Peni, whose records include Death Church, Cacophony, and Pope Adrian 37th.