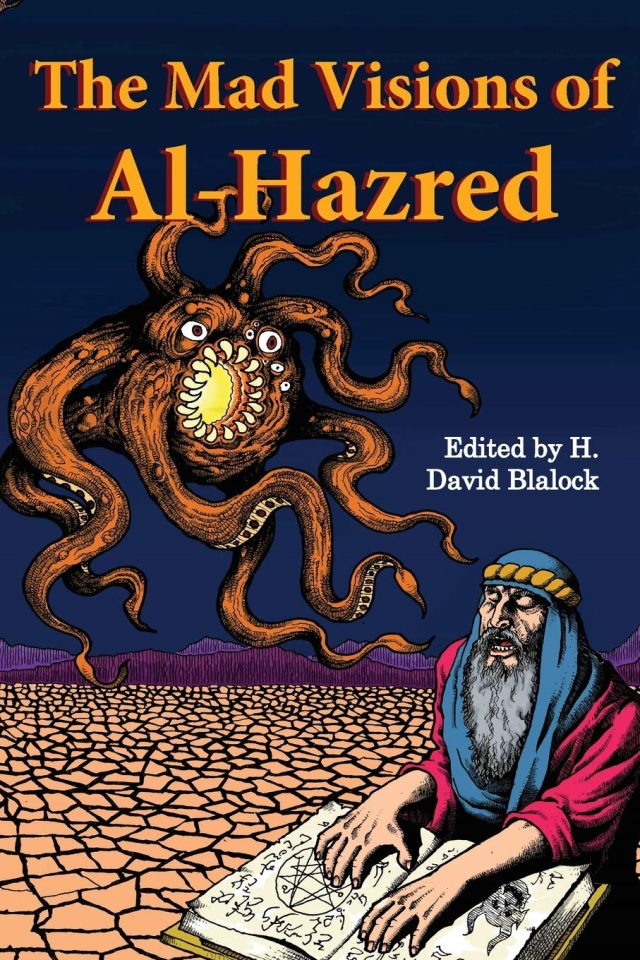 The Mad Visions of Al-Hazred

The best-known bit of the Cthulhu Mythos, besides the name of the Old God itself, is a book supposedly penned by a mad Arab of the 8th Century, detailing the truth behind the Old Gods and how to deal with them, good or ill. Titled Kitab al-Azif by its author, the book became better known by its modern name The Necronomicon.

In this volume, we look at that author, known to us by the name Abdul al-Hazred. In these stories, based on Lovecraft's mythos, we explore the facets of who he really was, his real name, his calling, and his eventual doom. We also discover how the entities spoken of in the al-Azif continue to exist and exert their onerous hold on humanity's consciousness.

H. David Blalock has been writing speculative fiction for nearly 50 years. His work has appeared in novels, novellas, stories, articles, reviews, and commentary both in print and online. Since 1996, his fiction has appeared in over two dozen magazines including Pro Se Presents, Aphelion Webzine, Quantum Muse, Shelter of Daylight Magazine, The Harrow, The Three-Lobed Burning Eye, The Martian Wave and many more. His current novel series is the three book Angelkiller Triad from Seventh Star Press. He is editor for parABnormal Magazine from Hiraeth Publishing. His work continues to appear on a regular basis through multiple publishing houses.