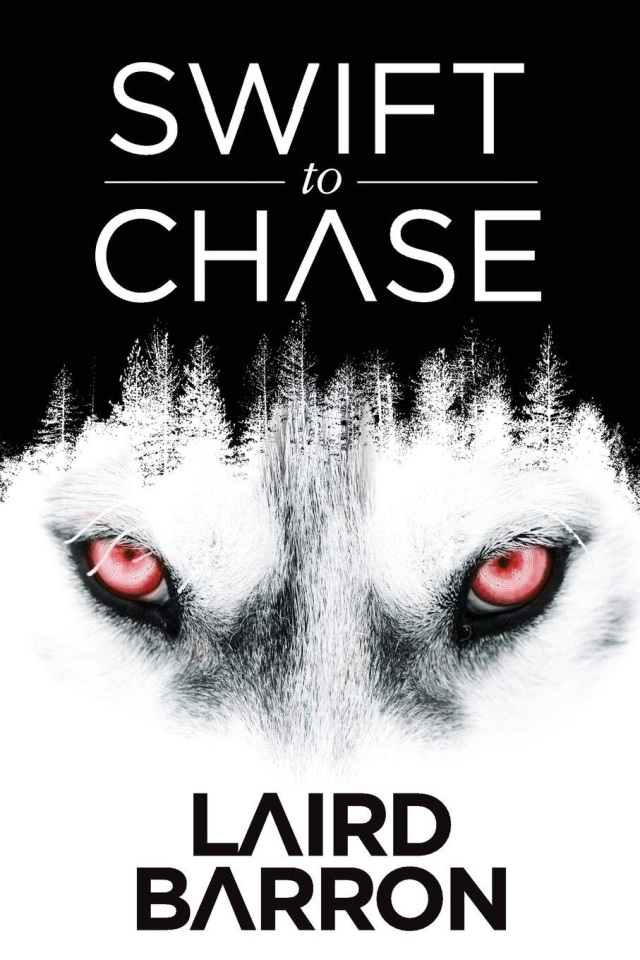 Laird Barron's fourth collection gathers a dozen stories set against the backdrops of the Alaskan wilderness, far-future dystopias, and giallo-fueled nightmare vistas. All hell breaks loose in a massive apartment complex when a modern day Jack the Ripper strikes under cover of a blizzard; a woman, famous for surviving a massacre, hits the road to flee the limelight and finds her misadventures have only begun; while tracking a missing B-movie actor, a team of man hunters crashes in the Yukon Delta and soon realize the Arctic is another name for hell; an atomic-powered cyborg war dog loyally assists his master in the overthrow of a far-future dystopian empire; following an occult initiation ritual, a man is stalked by a psychopathic sorority girl and her team of horrifically disfigured henchmen; a rich lunatic invites several high school classmates to his mansion for a night of sex, drugs, and CIA-funded black ops experiments; and other glimpses into occulted realities a razor's slice beyond our own.

"With Swift to Chase Laird Barron demonstrates why he runs at the head of the pack. The stories here take the familiar figures of the slasher, the final girl, the vampire, and the werewolf and lens them with the gravity of a black hole, bending them into new and terrifying proportions. Beginning with a trio of tales featuring die-hard Jessica Mace, and ending with a stunning novella about her mother, Swift to Chase reads like a fractal novel, in which what is on the page is not so bad as what it suggests. An instant classic." --John Langan, author of The Fisherman

"Five books in, Laird Barron casually exceeds the promise of his early work, delivering the (very nasty) goods. Spinning beyond the comfortable orbit of his insect overlords and ancient leech gods, Swift to Chase constructs a kind of sinister Alaskan Winesburg—a cycle of intricately linked tales, a new mythos not quite like any we've ever seen before, where instead of names such as Yog-Sothoth and Cthulhu, we come away shuddering at the mention of Mace, Vellum, and Tooms. " --Marc Laidlaw, author of The 37th Mandala Review

"This book will go down as one of the best horror story collections of the decade." Max Booth III for Litreactor

"...sets a direction for the whole of contemporary horror. If you have any serious interest whatsoever in the field, you have to read this book. " - Paul St John Mackintosh for Teleread

"Swift to Chase is the best collection of short fiction that Barron has put together so far, and likely to be among the top such books to be produced in our current decade." - Shane Douglas Keene for This Is Horror

"...Barron perfectly encapsulates today's literary landscape, because while terror is at the center of all of his works, he uses a variety of genres to pull it off. There are notes of cosmic horror, adventure, and noir. His stories have a wonderful sense of place, an oppressive atmosphere, great characters, original and compelling plots, and also beautiful language." - Becky Spratford for RA for All

"This is the fourth story collection from the prolific and celebrated Barron. With Swift to Chase he concocts a potent blend of horror, noir and pulp." Michael Calia for The Wall Street Journal

Author Laird Barron is the author of several books, including The Croning, Occultation, and The Beautiful Thing That Awaits Us All. His work has also appeared in many magazines and anthologies. An expatriate Alaskan, Barron currently resides in Upstate New York.