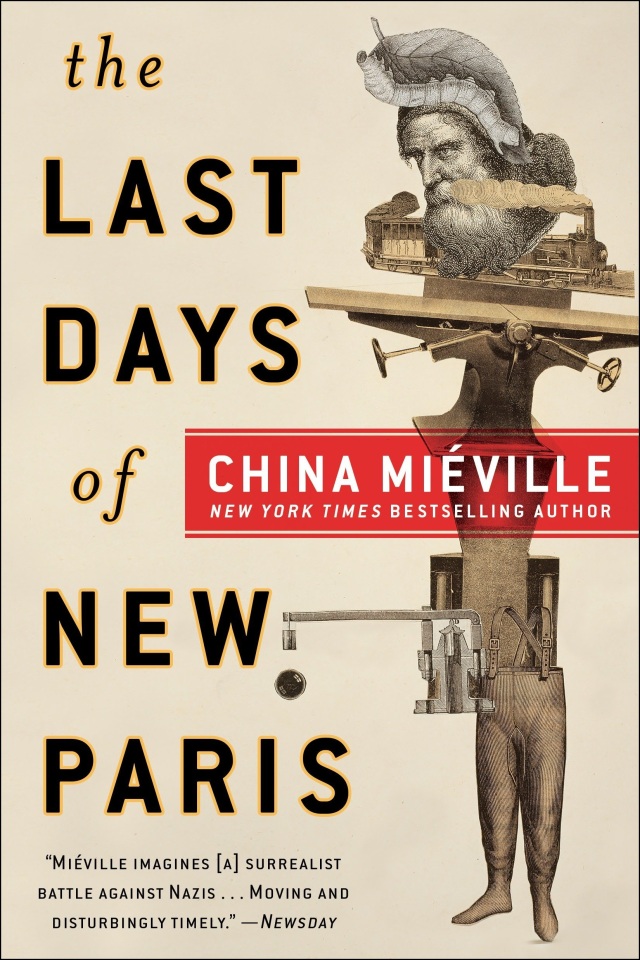 The Last Days of New Paris

A thriller of war that never was—of survival in an impossible city—of surreal cataclysm. In The Last Days of New Paris, China Miéville entwines true historical events and people with his daring, uniquely imaginative brand of fiction, reconfiguring history and art into something new.

1941. In the chaos of wartime Marseille, American engineer—and occult disciple—Jack Parsons stumbles onto a clandestine anti-Nazi group, including Surrealist theorist André Breton. In the strange games of the dissident diplomats, exiled revolutionaries, and avant-garde artists, Parsons finds and channels hope. But what he unwittingly unleashes is the power of dreams and nightmares, changing the war and the world forever.

1950. A lone Surrealist fighter, Thibaut, walks a new, hallucinogenic Paris, where Nazis and the Resistance are trapped in unending conflict, and the streets are stalked by living images and texts—and by the forces of Hell. To escape the city, he must join forces with Sam, an American photographer intent on recording the ruins, and make common cause with a powerful, enigmatic figure of chance and rebellion: the exquisite corpse.

But Sam is being hunted. And new secrets will emerge that will test all their loyalties—to each other, to Paris old and new, and to reality itself.

Praise for The Last Days of New Paris

“Beautiful, stunningly realized . . . [The Last Days of New Paris] is a brief vacation in alien latitudes, a midnight layover in an imaginary place.”—NPR

“A thoughtful, highbrow novella . . . Miéville’s self-assured style offers up a strong sense of humanity, while the strange Surrealist monsters give Last Days a fun and complementary mad-science component.”--USA Today

“[A] testament to the necessary, progressive power of art . . . Both moving and disturbingly timely.”--Newsday

“A novel both unhinged and utterly compelling, a kind of guerrilla warfare waged by art itself, combining both meticulous historical research and Miéville’s unparalleled inventiveness.”--Chicago Tribune