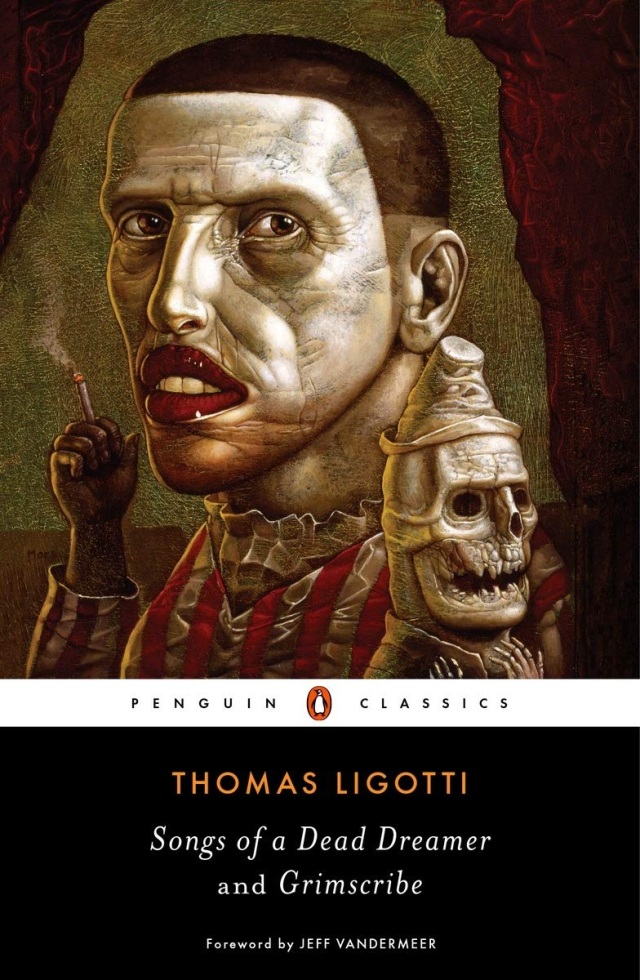 Songs of a Dead Dreamer and Grimscribe

Two terrifying classics by "the best kept secret in contemporary horror fiction" (The Washington Post )‚ Thomas Ligotti's debut collection, Songs of a Dead Dreamer, and his second, Grimscribe, permanently inscribed a new name in the pantheon of horror fiction. Influenced by the strange terrors of Lovecraft and Poe and by the brutal absurdity of Kafka, Ligotti eschews cheap, gory thrills for his own brand of horror, which shocks at the deepest, existential, levels. Ligotti's stories take on decaying cities and lurid dreamscapes in a style ranging from rich, ornamental prose to cold, clinical detachment. His raw and experimental work lays bare the unimportance of our world and the sickening madness of the human condition. Like the greatest writers of cosmic horror, Ligotti bends reality until it cracks, opening fissures through which he invites us to gaze on the unsettling darkness of the abyss below.

“Thomas Ligotti is a master of a different order, practically a different species. He probably couldn’t fake it if he tried, and he never tries. He writes like horror incarnate.”

“Mr. Ligotti, winner of three Bram Stoker Awards, is one of our finest writers of short horror, and this volume, reprinting his first two collections (1985, 1991), is an excellent introduction to the sustained storm of dread that is his universe.”

“Songs of a Dead Dreamer is full of inexplicable and alarming delights. . . . Put this volume on the shelf right between H. P. Lovecraft and Edgar Allan Poe. Where it belongs.”

“Regarded by many as the only contemporary American writer who can be spoken of in the same breath as Poe and H.P. Lovecraft…No matter how nightmarish the events described, Ligotti’s prose is always precise and beautifully controlled.

“Experimental and absurdist, he spins worlds of decaying humanity, unreachable madness, and nightmare worthy of any horror movie . . . You may never sleep again after reading these, but it’ll be worth it.”

Thomas Ligotti was born in Detroit in 1953. Among the most acclaimed horror writers of the past thirty years, he has received three Bram Stoker Awards, a British Fantasy Award, and an International Horror Guild Award. He lives in South Florida.