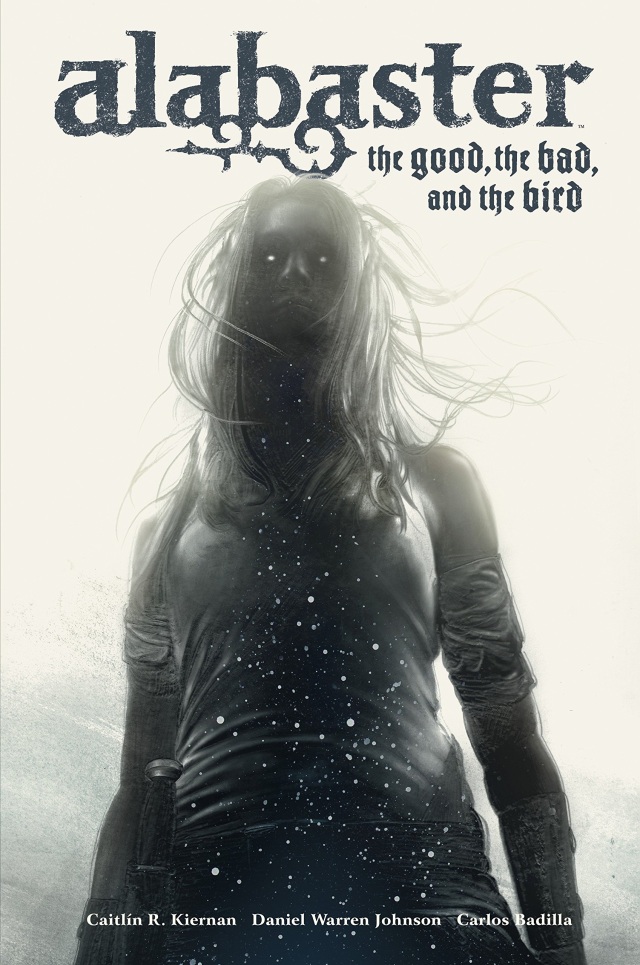 Alabaster: the Good the Bad and the Bird

A year after her death in a burning barn, Dancy's Flammarion's now finds herself in a Hell of her own creation. A new evil haunts the sun-scorched back roads and ghost towns of the American South - murderous twins who command a legion of ghouls. Once again, Dancy must face down demons, those who walk the world unchallenged and those in her own shattered mind.

"One of our essential writers of dark fiction . . . a cartographer of lost worlds." -The New York Times

"Kiernan imbues the tales with disquieting gothic imagery and envelops them in rich, evocative prose that conveys cohesiveness beyond their fragmentary plots." -Publisher's Weekly

Caitlín R. Kiernan is the author of science fiction and dark fantasy works, including multiple novels (The Drowning Girl, The Red Tree, and Agents of Dreamland); many comic books; and more than two hundred published short stories, novellas, and vignettes. They are also the author of scientific papers in the field of paleontology. They have won numerous awards, including two World Fantasy Awards, two Bram Stoker Awards, and a James Tiptree Jr. Award.