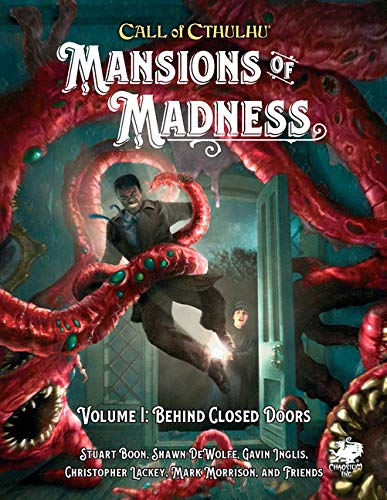 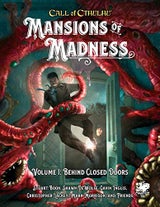 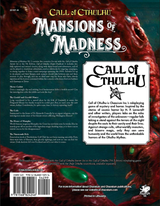 Who Knows What Happens... Behind Closed Doors

It includes two fully updated and revised classics, along with three brand new adventures, and all can be played as standalone adventures, used as sidetracks for ongoing campaigns, or strung together to form a mini-campaign spanning the 1920s. Suitable for up to six players and their Keeper, each scenario should take between one and three sessions to play through, and are an ideal next step for those who have already experienced the horrors contained within the scenario collections Doors to Darkness and Gateways to Terror.

Does a seemingly shy and retiring local businessman hide a terrible secret? Can the investigators solve the riddle and save the day?

The Crack’d and Crook’d Manse

Long considered to be a cursed place by the folk of Gamwell, it seems the Fitzgerald Manse has finally escaped its sordid past. But, no one’s seen the new owner, Arthur Cornthwaite, for quite some time. Is history repeating itself?

Summoned to the home of Dr. Kenneth Connolly by an urgent telegram, can the investigators make sense of the bizarre events afflicting Wellington Manor?

The House of Memphis

World-famous magician Memphis the Great has not been seen for weeks. Has he merely gone off on another of his legendary magic-hunting trips, or is there a more sinister reason for his disappearance?

Renovation work at Thistledown Golf Club has not been running smoothly. First, there were tales of illnesses, then ghostly sightings, and now no one can find the owner. Dark shadows fall over Scotland and all is not what it seems.

Whatever you do, don't go up the Attic!

Call of Cthulhu is Chaosium’s tabletop roleplaying game of mystery and horror set within the world of the Cthulhu Mythos. Players take on the role of investigators of the strange, arcane, and unknown: regular people taking a stand despite the cost to body and soul. Against weird cults, bizarre magic, and otherworldly monsters, only they can save humanity and the world from the terrors from beyond.