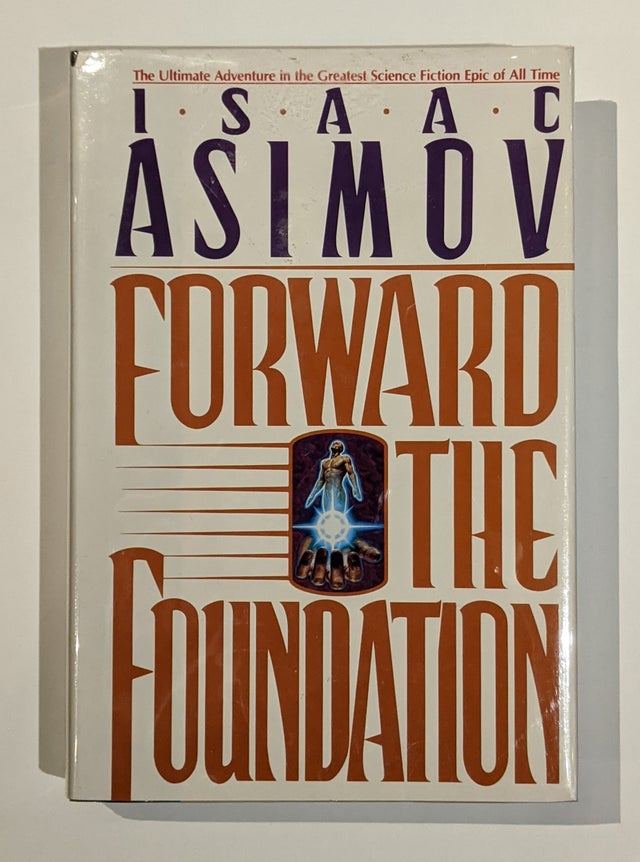 As Hari Seldon struggles to perfect his revolutionary theory of psychohistory and ensure a place for humanity among the stars, the great Galactic Empire totters on the brink of apocalyptic collapse. Caught in the maelstrom are Seldon and all he holds dear, pawns in the struggle for dominance. Whoever can control Seldon will control psychohistory—and with it the future of the Galaxy.

Among those seeking to turn psychohistory into the greatest weapon known to man are a populist political demagogue, the weak-willed Emperor Cleon I, and a ruthless militaristic general. In his last act of service to humankind, Hari Seldon must somehow save his life’s work from their grasp as he searches for its true heirs—a search that begins with his own granddaughter and the dream of a new Foundation.

A stunning testament to his creative genius. Forward The Foundation is the saga's dramatic climax – the story Asimov fans have been waiting for. An exciting tale of danger, intrigue, and suspense, Forward The Foundation brings to vivid life Asimov's best loved characters: hero Hari Seldon, who struggles to perfect his revolutionary theory of psychohistory to ensure the survival of humanity; Cleon II, the vain and crafty emperor of the Galactic Empire,