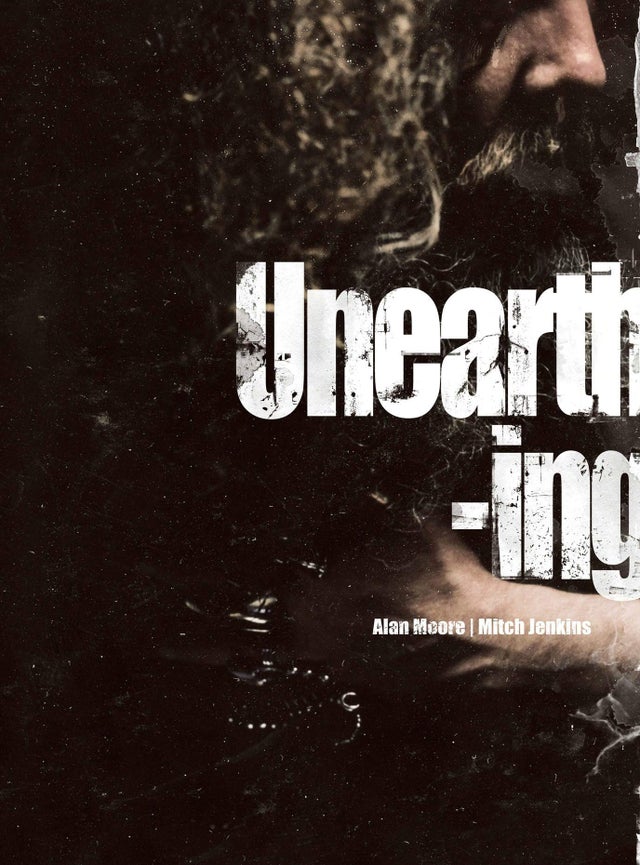 One of the world's foremost authors of the fantastic, Alan Moore, joins internationally esteemed photographer Mitch Jenkins for an unprecedented visual and literary experience. An intensely poetic and innovative work of biography, Unearthing maps the lifetime of author, orientalist, and occultist Steve Moore, while simultaneously investigating the extraordinary history of South London with which that life has been intertwined. Integrating text with haunting and exquisite imagery, Unearthing excavates a territory at the margins of a city, of reality, and of human imagination.

Starting life in Iain Sinclair's seminal anthology LONDON: City of Disappearances, this dazzling and hypnotic piece has evolved through a series of live performances and acclaimed recordings, culminating in this breathtaking, full-color volume.

Alan Moore is widely regarded as the best and most influential writer in the history of comics. His seminal works include Miracleman and Watchmen, for which he won the coveted Hugo Award. Never one to limit himself in form or content, Moore has also published novels, Voice of the Fire and Jerusalem, and an epic poem, The Mirror of Love. Four of his ground-breaking graphic novels--From Hell, Watchmen, V for Vendetta, and The League of Extraordinary Gentlemen—have been adapted to the silver screen. Moore currently resides in Northampton, England.