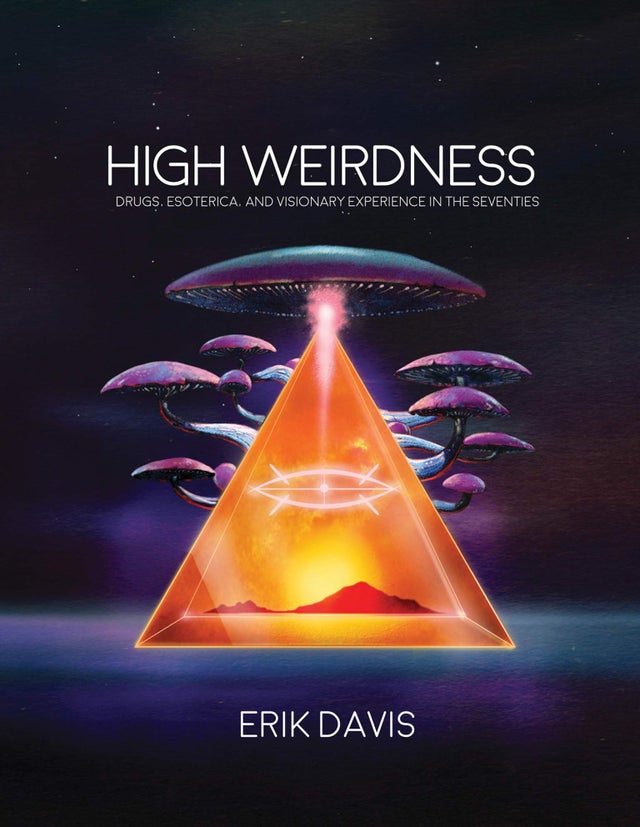 High Weirdness: Drugs, Esoterica, and Visionary Experience in the Seventies

An exploration of the emergence of a new psychedelic spirituality in the work of Philip K. Dick, Terence McKenna, and Robert Anton Wilson.

A study of the spiritual provocations to be found in the work of Philip K. Dick, Terence McKenna, and Robert Anton Wilson, High Weirdness charts the emergence of a new psychedelic spirituality that arose from the American counterculture of the 1970s. These three authors changed the way millions of readers thought, dreamed, and experienced reality—but how did their writings reflect, as well as shape, the seismic cultural shifts taking place in America?

In High Weirdness, Erik Davis—America’s leading scholar of high strangeness—examines the published and unpublished writings of these vital, iconoclastic thinkers, as well as their own life-changing mystical experiences. Davis explores the complex lattice of the strange that flowed through America’s West Coast at a time of radical technological, political, and social upheaval to present a new theory of the weird as a viable mode for a renewed engagement with reality.

"The book focuses on three people who were, well, highly weird."--RAWIllumination

"With prose as fluid as his subjects’ beliefs regarding consensus reality, Erik Davis brilliantly dissects three otherworldly experiences and in doing so makes clear how “a decentralized and postmodern nation—the nation Americans still live within, even more fractiously—became codified.” --Lit Hub

The first book in a very long time that’s given me the feeling of discovering a secret truth. — Douglas Rushkoff

May this book, like a glowing UFO, land on your lap, and every other lap, and weird our world beyond all measure. – Jeffrey J Kripal

A masterpiece of what I can only call speculative fiction, or indeed speculative realism.

Even if I was tripping I couldn’t imagine a better guide to the outer limits than Erik Davis. – McKenzie Wark

Erik Davis is an American journalist, critic, podcaster, counter-public intellectual whose writings have run the gamut from rock criticism to cultural analysis to creative explorations of esoteric mysticism. He is the author of Techgnosis: Myth, Magic and Mysticism in the Age of Information, The Visionary State: A Journey through California's Spiritual Landscape, and Nomad Codes: Adventures in Modern Esoterica.