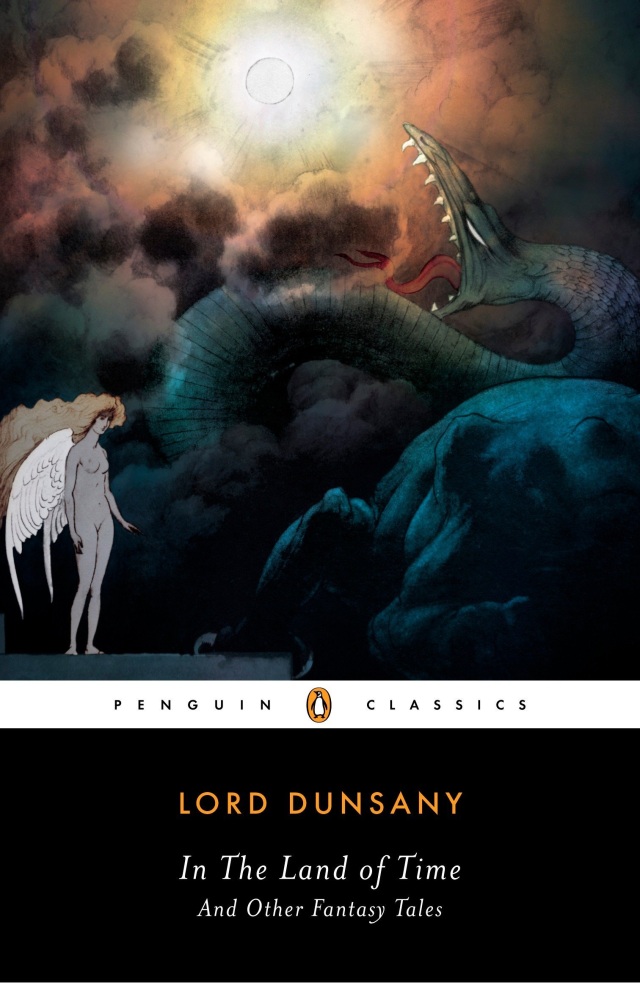 In the Land of Time: And Other Fantasy Tales

A new edition of the Fantasy Tales that inspired J.R.R. Tolkien and H.P. Lovecraft

A pioneer in the realm of imaginative literature, Lord Dunsany has gained a cult following for his influence on modern fantasy literature, including such authors as J.R.R. Tolkien and H. P. Lovecraft. This unique collection of short stories ranges over five decades of work. Liberal selections of earlier tales—including the entire Gods of Pegana as well as such notable works as “Idle Days of the Yann” and “The Fortress Unvanquishable, Save for Sacnoth”—are followed by memorable later tales, including several about the garrulous traveler Joseph Jorkens and the outrageous murder tale “The Two Bottles of Relish.” Throughout, the stories are united by Dunsany’s cosmic vision, his impeccable and mellifluous prose, and his distinctively Irish sense of whimsy.

Here published for the first time by Penguin Classics, this edition is the only annotated version of Dunsany’s short stories.

“Dunsany’s best stories remain unique: nobody else has ever been able to capture his visions. . .S.T. Joshi, a biographer of Dunsany and an expert in the Weird, has given us an excellent introduction and notes.” —Ursula K. Le Guin, Los Angeles Times Book Review

Lord Dunsany (1878-1957) was Edward John Moreton Drax Plunkett, the eighteenth baron of an ancient line. He hunted lions in Africa, taught English in Athens, fought in the Boer and Kaiserian wars, and was wounded in the service of his country. As senior peer of Ireland, he saw three sovereigns crowned at Westminster; part of the renaissance of Irish drama, he hobnobbed with Yeats and Synge and Lady Gregory during the great days of Dublin’s Abbey Theatre. He was peer, sportsman, soldier, playwright, globe-trotter, and once chess champion of Ireland, Scotland, and Wales. He wrote more than sixty books before his death in 1957 and influenced some of the greatest writers of our time.