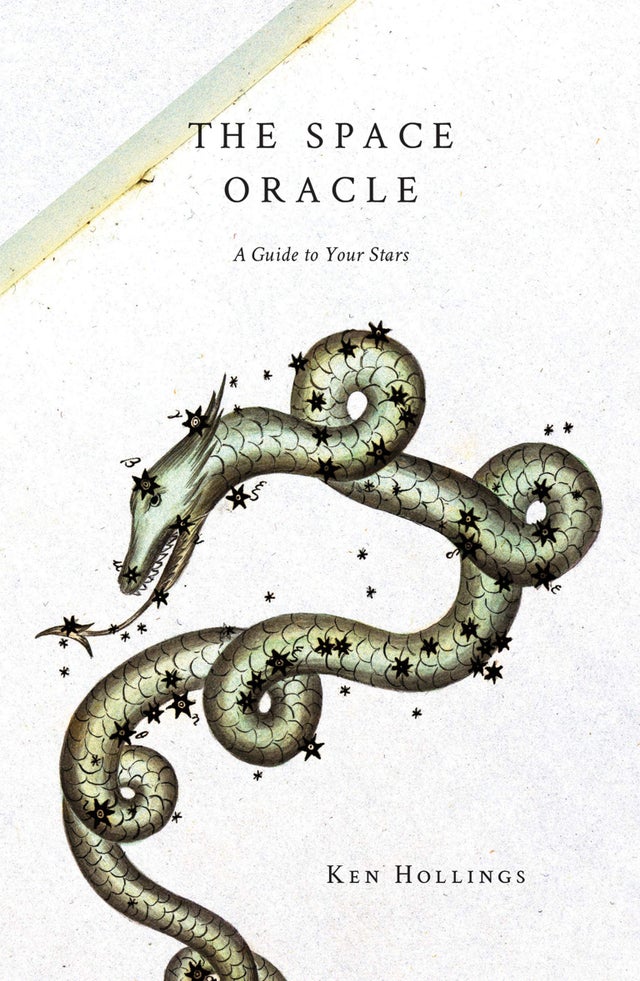 A radical retelling of our relationship with the cosmos, reinventing the history of astronomy as a new form of astrological calendar.

Astronomy is another form of cinema. Time is fragmented and extended. Matter becomes light in motion. The camera remains fixed, looking outwards into the darkness, while the earth moves beneath our feet.

A carefully constructed text in sixty numbered sections, The Space Oracle reinvents the history of astronomy as a new form of astrological calendar. This radical retelling of our relationship with the cosmos reaches back to places and times when astronomers were treated as artists or priests, to when popes took part in astral rites and the common people feared eclipses and comets as portents of disaster.

Panoramic and encyclopedic in its scope, The Space Oracle brings astronauts and spies, engineers and soldiers, goddesses and satellites into alignment with speculative insights and everyday observations. The universe, Hollings argues, is a work in progress—enjoy it.

‘Takes the reader on some delightfully unexpected cosmic journeys… [a] playful and evocative meditation on the celestial’. — PD Smith, The Guardian

‘Reading Ken Hollings is the intellectual equivalent of being fired out from the space-module for a non-stop EVA.’ — Tom McCarthy, author of Men In Space and Satin Island

‘Within the courtly form of a Renaissance almanac, and in a voice that echoes the recursive wanderings of a comet, Hollings gives us a vision of humanity endlessly making sense of the heavens.’  — Richard Barnett, author of The Sick Rose

‘The Space Oracle shows what happens when astronomy escapes into the wider human world, and finds purposes beyond the scientific. As Ken Hollings points out, ‘‘the further into space we go, the more we learn about ourselves’’’. — Marek Kukula, Public Astronomer, Royal Observatory Greenwich

Ken Hollings is a writer, broadcaster, and cultural theorist based in London. He has given readings, lectures and presentations of his work at the Royal Institution, the Berlin Akademie der Künste, the Venice Biennale, Tate Britain and the Royal College of Art, where he currently teaches. His previous two books, Welcome to Mars and The Bright Labyrinth are published by Strange Attractor Press.