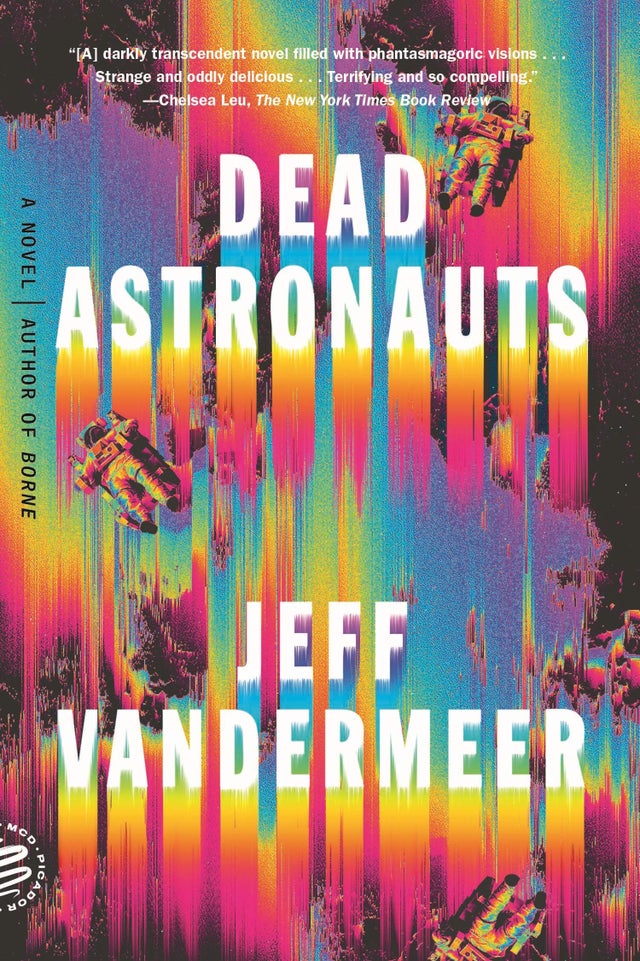 Jeff VanderMeer's Dead Astronauts presents a City with no name of its own where, in the shadow of the all-powerful Company, lives human and otherwise converge in terrifying and miraculous ways. At stake: the fate of the future, the fate of Earth―all the Earths.

A messianic blue fox who slips through warrens of time and space on a mysterious mission. A homeless woman haunted by a demon who finds the key to all things in a strange journal. A giant leviathan of a fish, centuries old, who hides a secret, remembering a past that may not be its own. Three ragtag rebels waging an endless war for the fate of the world against an all-powerful corporation. A raving madman who wanders the desert lost in the past, haunted by his own creation: an invisible monster whose name he has forgotten and whose purpose remains hidden.

"A Mobius strip of a novel, with each chapter containing worlds upon nested worlds, all of them dreamlike and dark. In this shattered landscape, VanderMeer explores urgent ideas about capitalism, greed, and natural destruction."

"VanderMeer is a master of literary science fiction, and this may be his best book yet."

"For any adventurous fan of sci-fi, fantasy, and/or horror, this book offers not only a rewarding read but, like, a thing to possess."

﻿Jeff VanderMeer is the author of Dead Astronauts, Borne, and The Southern Reach Trilogy, the first volume of which, Annihilation, won the Nebula Award and the Shirley Jackson Award and was adapted into a movie by Alex Garland. VanderMeer speaks and writes frequently about issues relating to climate change. He lives in Tallahassee, Florida, with his wife, Ann VanderMeer, and their cats, plants, and bird feeders.