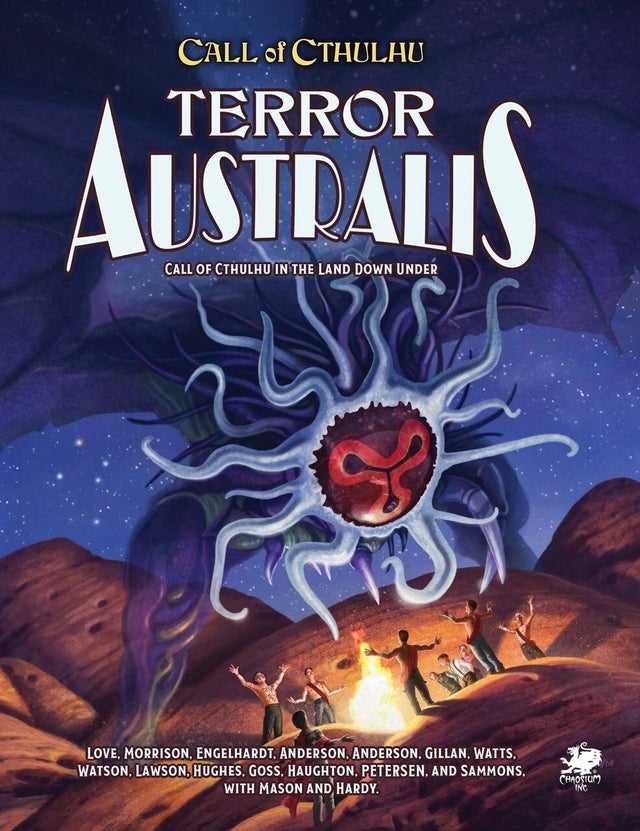 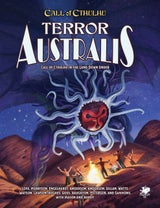 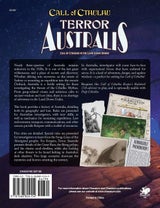 Call of Cthulhu in the Land Down Under

The driest, flattest, and smallest continent, Australia is almost as big as the continental United States, but has a fraction of the inhabitants—six million people in 1925. Beyond the settled areas, three-quarters of the land remain relatively little known until after World War Two. Seen by those in Europe and America as one of the last great wildernesses, despite decades of exploration and incursion, it remained a place that guarded its secrets.While the ancient and primordial character of the Australian inland lures many, it is the cities in the south and east that have become centers of population. Surprisingly modern and surprisingly British in character—it is not uncommon for foreign visitors to express astonishment when they disembark from their steamer in Sydney or Melbourne and find themselves in a great metropolis with all the modern refinements of London or New York. Ever present, though, are the modern blights afflicting cities worldwide: organized crime, overcrowding, civil unrest, and uncertainty.

This unique mix of old and new—the tension between civilization and the frontier—is what makes Australia a particularly fertile 1920s setting for Call of Cthulhu. Those Keepers wishing to challenge their players with tales of gang-related squalor underpinned by ancient Mythos threats can find ample opportunity in Australia’s urban environments. Equally, investigators do not have to go too far into the Outback to become entangled in tales of stark frontier life bereft of modern conveniences of technology, underpinned by dark shadows cast by the Ctuhlhu Mythos that seem to haunt the very landscape. And for Keepers who wish to push investigators to the very limits of wilderness survival, there is no shortage of opportunities for true expeditions into places where Europeans and Americans have never set foot.

In Australia, the investigators come face-to-face with supernatural forces that have endured for longer than humanity has existed; they can attempt to step inside the ancient legends of the Aboriginal peoples of Australia in search of mystical knowledge; they can cross swords with nefarious cults intent on diabolic schemes, or challenge unwitting scientists who haplessly threaten to achieve a similar end by probing the mysteries of the Australian land.

Brining your investigators to Australia is certain to reward your gaming group. For, as soon as they have set foot upon this ancient continent, adventure, peril, and mystery abound. Whether run as an Australian campaign, a series of one-shot games, or a protracted stop over during a globe-spanning campaign, the time spent in the Land Down Under will not be wasted!