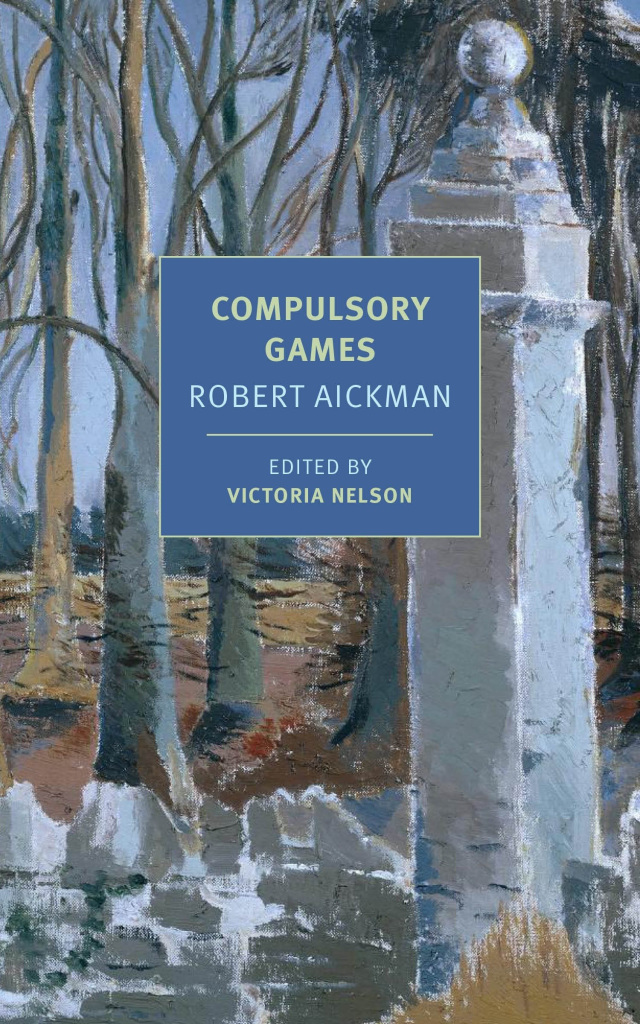 The best and most interesting stories by Robert Aickman, a master of the supernatural tale, the uncanny, and the truly weird.Robert Aickman's self-described "strange stories‚" are confoundingly and uniquely his own. These superbly written tales terrify not with standard thrills and gore but through a radical overturning of the laws of nature and everyday life. His territory of the strange, of the "void behind the face of order" is a surreal region that grotesquely mimics the quotidian: Is that river the Thames, or is it even a river? What does it mean when a prospective lover removes one dress, and then another‚and then another? Does a herd of cows in a peaceful churchyard contain the souls of jilted women preparing to trample a cruel lover to death? Published for the first time under one cover, the stories in this collection offer an unequaled introduction to a profoundly original modern master of the uncanny.

"Reading Robert Aickman is like watching a magician work, and very often I'm not even sure what the trick was. All I know is that he did it beautifully." ‚ Neil Gaiman

"Aickman was a master of the 'strange story, whose nearly unclassifiable output relies neither on ghosts nor creaking castles. Each story in this collection is a small masterpiece of unease and psychological perplexity. Aickman's stories present dreamlike, inexplicable realities in prose both strangely sensual and entirely disarming, making this collection a treasure for fans of Poe, Kafka, and Lovecraft." ‚Publishers Weekly, starred review

"Among this year's most rewarding rediscoveries, for those who treasure the supernatural, there's Compulsory Games by Robert Aickman, a lifetime's sinister and uncanny short stories, all ending darkly." ‚David Sexton, Evening Standard

"A collection of dark, eerie tales from a master of weird fiction. English author Aickman is regarded as a forefather of horror, and this reissue of his fiction by NYRB Classics shows that his reputation is justified. With these 15 stories, four of which are previously unpublished, Aickman creates a disquieting universe in which everything is just off, a wall covered in pictures hung at imperceptibly crooked angles. His command of tone and tension far outstrips that of H. P. Lovecraft and presents a serious challenge to Henry James...As unnerving as it is sinuous; an absolute delight." ‚‚Kirkus, starred review

"Robert Aickman is one of the twentieth century's finest practitioners of the short story and his name should be placed among the greats‚Flannery O'Connor, Irwin Shaw, Raymond Carver. Aickman wrote what he called 'strange stories'‚the sort of thing that gets the dreaded genre fiction tag attached to you, so it's mainly horror fans who know his work. But make no mistake. The number of short story writers in English who are or were Aickman's equal is a low single digit. You will never forget the first Aickman story you read, nor be satisfied when you've read them all; and so this new collection is a feast for those of us who'd sought out the out-of-print volumes in second-hand stores over the years. I have hoped for years to see Aickman's writing gain the broad readership it deserves. May this new collection unnerve an entire generation of readers the way I got permanently unnerved when I first read 'Le Miroir' in Whispers magazine in 1977." ‚John Darnielle, author of Wolf in White Van

"Of all the authors of uncanny tales, Aickman is the best ever.... His tales literally haunt me; his plots and his turns of phrase run through my head at the most unlikely moments." ‚Russell Kirk

"This century's most profound writer of what we call horror stories." ‚Peter Straub

"Robert Aickman has a gift for depicting the eerie areas of inner space, the churning storms and silent overcasts that engulf the minds of lonely and alienated people. He is a weatherman of the subconscious." ‚Fritz Lieber

"His prose style‚supple, urbane, sophisticated, restrained, yet capable of surprisingly powerful emotive effects‚never falters from the beginning to the end of his work. There are few writers who are as purely pleasurable to read, regardless of their subject matter or the success or failure of their actual work, as Robert Aickman." ‚S. T. Joshi

"To interact with Aickman on any meaningful level is to experience a form of quantum entanglement. His ideas entrain the subconscious and mutate it in the fashion that transgressive art must. And yes, I'm implying that the old boy has fucked your mind. Buttoned down or not, it's just what he liked to do." ‚Laird Barron, Weird Fiction Review

Author Robert Aickman (1914-1981) was the son of an architect and grandson of the Victorian Gothic novelist Richard Marsh (author of the occult bestseller The Beetle). He did not attend university and subsisted on a small family income in London, working variously as a literary agent, editor, and theater and art critic. A prominent advocate for preserving and restoring England's extensive network of canals, he was cofounder, in 1946, of the influential Inland Waterways Association. Above all, Aickman wanted to be an author, and he realized this desire with an extensive oeuvre of quasi-supernatural tales. In addition to eight collections of "strange stories," as he dubbed them (the first, We Are For the Dark, included stories written by the novelist Elizabeth Jane Howard), his writing includes a short novel, The Late Breakfasters (1965), a posthumously published novella, The Model (1987), and various unpublished fiction, dramatic, and nonfiction works. He published two memoirs, The Attempted Rescue and The River Runs Uphill, and two popular nonfiction books about the inland waterways. Aickman won the World Fantasy Award in 1975 for his story "Pages from a Young Girl's Journal‚" and edited eight volumes of The Fontana Book of Great Ghost Stories, writing introductions for six. He died of cancer in 1981.

Victoria Nelson is a writer of fiction, criticism, and memoir. Her books include Gothicka and The Secret Life of Puppets, a study of the supernatural grotesque in Western culture that won the Modern Language Association's Scaglione Prize for Comparative Literary Studies in 2001, and Wild California, a collection of stories. She teaches in Goddard College's MFA creative writing program.